The star of "The Wolf of Wall Street" and "Blood Diamond" joined members of the Divest-Invest Coalition as it announced his plans and highlighted growth in such pledges during the past year. 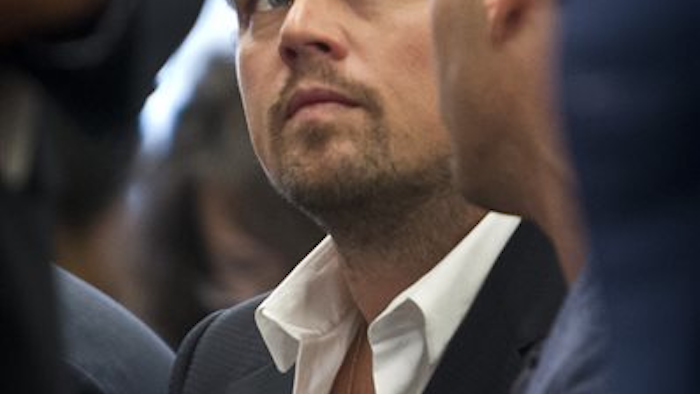 NEW YORK (AP) — Leonardo DiCaprio is joining a campaign to use investment decisions to fight global warming: He's planning to shed his own investments in fossil fuels, an activist group announced Tuesday.

The star of "The Wolf of Wall Street" and "Blood Diamond" joined members of the Divest-Invest Coalition as it announced his plans and highlighted growth in such pledges during the past year.

DiCaprio plans to divest his own and his foundation's fossil fuel holdings, said Ellen Dorsey, a leader of the campaign and the executive director of the Wallace Global Fund, an environmental grantmaker. The actor didn't speak at the event.

Taking a page from the anti-apartheid movement on college campuses in the 1980s, students began pressing various colleges in 2011 to drop their holdings in the fossil fuel industry and increase their stake in renewable energy companies.

Three years later, foundations, pension funds, insurers, state and local governments, universities and people worth a total of $2.6 trillion have pledged to reduce or eliminate their fossil fuel investments, the coalition said in a report released Tuesday. Organizers estimate those fossil fuel holdings are 3 to 8 percent of most of the institutions' portfolios, but they don't have an exact total.

But they're cheering the growth in the number and size of institutions signing on. The $2.6 trillion total is 50 times larger than it was last year, when activists set a goal of tripling it before the United Nations climate negotiations planned in Paris this December.

"Clearly, our movement is growing faster than expected," said May Boeve, the executive director of 350.org, an anti-global-warming group.

The activists' goal is to put both pocketbook and social pressure on traditional energy companies, and some are taking note. When power plant owner NRG announced last November that it planned to halve its carbon emissions by 2030 and cut them by 90 percent by 2050, CEO David Crane told The New York Times he was mindful of campus divestment activism.

But other energy producers have pushed back. The Independent Petroleum Association of America, for example, maintains divestment harms the institutions while making little difference on the targeted companies.

"Divestment is a bad policy based on a bad premise," IPAA Senior Vice President Jeff Eshelman said in statement this month.