Casey Asks Oil Trains to Slow Down in Pennsylvania Cities 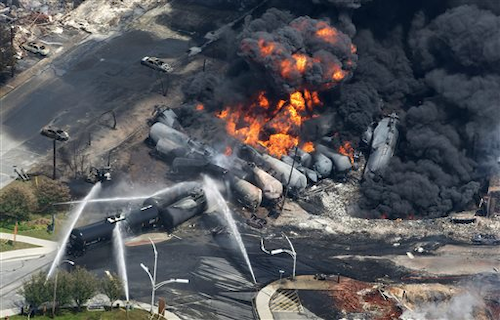 Democratic U.S. Sen. Bob Casey wants CSX and Norfolk Southern to reduce speeds to 35 mph for oil trains traveling through major urban areas like Philadelphia and Pittsburgh. His letter to the railroads Wednesday called it a common sense stop to reduce the threat of derailment.

Gov. Tom Wolf made the same request earlier this year. Neither railroad has agreed to slow their trains, saying their current safety approaches work.

Pennsylvania has seen a huge increase in the number of oil trains from North Dakota. As many as 70 trains rumble across Pennsylvania each week.

BNSF Railway has committed to a 35 mph limit in cities with populations greater than 100,000.