The railroad said Wednesday the defect was not visible to the naked eye. 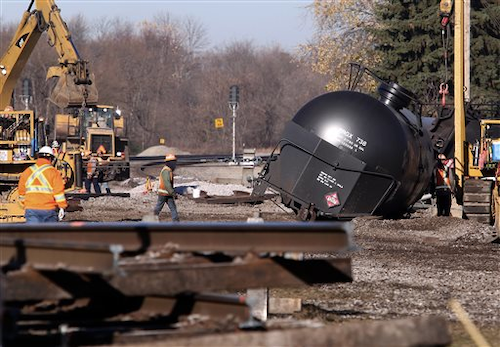 The railroad said Wednesday the defect was not visible to the naked eye.

More than a dozen cars of a CP train loaded with crude oil jumped the tracks in Watertown on Sunday afternoon, puncturing one car that spilled hundreds of gallons of its load and caused the evacuation of a neighborhood.

The railroad says it uses rail flaw detector cars that use ultrasonic technology to detect defects the eye cannot see. The technology last passed over the site in late September, and nothing was found.

The derailment happened a day after a BNSF Railway freight train derailed Saturday near Alma in western Wisconsin, spilling ethanol into the Mississippi River.