A deepening slump in prices for oil, metals and other commodities sent stock prices lower on Thursday. 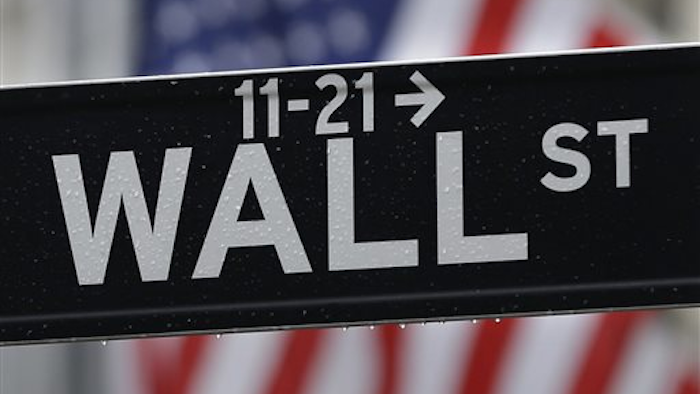 NEW YORK (AP) — A deepening slump in prices for oil, metals and other commodities sent stock prices lower on Thursday.

Major market indexes opened lower and the selling accelerated as the day wore on. The drop in oil and metals prices hurt mining, metals and energy stocks. Stocks began sliding early this month and have returned some of the gains from a powerful rally in October.

The S&P 500 has fallen for six out of the last seven days, and Thursday's decline was the largest over that span. While October was the best month for the market in four years, the S&P 500 is now down slightly this year. The Dow average is also lower in 2015.

Mike McGlone, head of U.S. research for ETF Securities, said investors are coming to grips with the fact that the Federal Reserve is about to start raising interest rates, ending an era of stimulus policies that have boosted stocks. At the same time, stocks could get hurt by warning signs about the U.S. economy, like weak jobs data or disappointing earnings.

"Now we have almost a lose-lose situation" for stocks, McGlone said.

Precious metals prices surged during the Great Recession, but in recent years many investors bought stocks instead, leading to a sustained slide in the prices of gold and silver.

Metals like copper and steel have been hurt by the sluggish global economy, and copper prices are down 23 percent this year. All three fell Thursday after the head of Europe's central bank said new stimulus measures may be put in place next month. That would boost the dollar at the expense of the euro. The central bank of Japan is also considering stimulus moves, which would make the dollar stronger compared to the yen.

When the dollar appreciates it tends to send prices for metals, oil and other commodities, which are priced in dollars, lower. That's because buyers using other currencies such as the yen and the euro often aren't willing to pay higher prices in their own currency just because the dollar has appreciated.

"Since November hit, the U.S. dollar has gone straight up and these commodities are getting smoked," Ryan Detrick, a markets strategist at Kimble Charting Solutions, said.

The price of oil slid for the sixth time in seven days and hit its lowest price since late August after the U.S. government said crude stockpiles grew by 4.2 million barrels last week. A private report released Wednesday had showed an even larger increase, but the markets showed no signs of relief.

Kohl's climbed $2.63, or 6.1 percent, to $45.79 after the retailer said strong sales in the back-to-school season and in late October boosted its results in the third quarter.

Kohl's and other retailers tumbled Wednesday after a disappointing report from Macy's. Kohl's more than made up its losses, while competitors made partial recoveries.

Angie's List, which lets users research, shop for and rate home services like plumbers and home cleaners, advanced $1.05, or 13.3 percent, to $8.97 after it received a buyout offer from IAC/InteractiveCorp, which owns About.com and HomeAdvisor.com. Its offer values Angie's List at $512 million, or $8.75 a share. The gains suggest investors are hoping for an improved offer.

Angie's List confirmed it received the offer and said it was unsolicited. Its shares have doubled in recent months, but are down sharply from their level of $28 in 2013.

Freshpet, which sells refrigerated fresh pet food, tumbled 25 percent after reporting its third-quarter results. The company said growth in fridges was lower than it expected and manufacturing problems hurt its profits. Freshpet plunged $2.09 and closed at $6.28.

Advance Auto Parts said the strong dollar and integration costs hurt its profit. The auto parts retailer lowered its annual outlook and said CEO Darren Jackson will retire in January. The stock lost $30.03, or 15.4 percent, to $164.64.