With Little Drilling, Wyoming Oil Surge Not Expected to Last

A peculiar divergence in Wyoming's oil industry over the past several months — oil production soared to a 23-year high while drilling for new oil fell to a 16-year low — can't last for much longer, experts said. 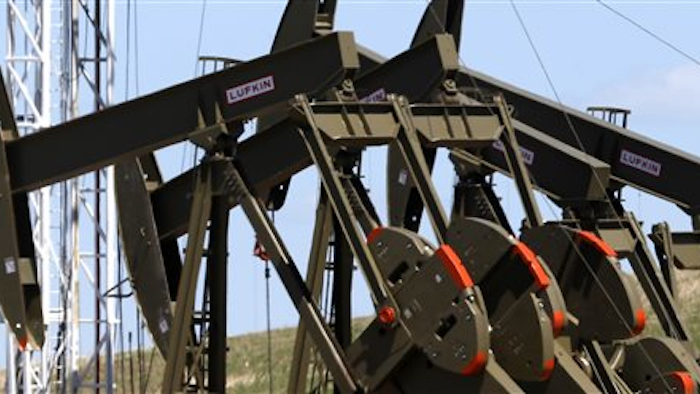 CHEYENNE, Wyo. (AP) — A peculiar divergence in Wyoming's oil industry over the past several months — oil production soared to a 23-year high while drilling for new oil fell to a 16-year low — can't last for much longer, experts said.

With little new drilling in the Cowboy State lately, it's just a matter of time before oil production follows suit and declines as well, said Robert Godby, a University of Wyoming associate professor of economics.

Wyoming's economy already is feeling the effects of drilling rig crews packing up and moving out, Godby said by email Friday.

"Vacancy rates are up in places where drilling was occurring as drilling crews have left," he wrote.

Slowdowns in the hospitality industry — restaurants, bars — and retail also have been evident this year. State officials including Gov. Matt Mead are bracing for the revenue hit that inevitably will follow after production declines, Godby pointed out.

Earlier this month, Mead froze state hiring due to a forecast budget shortfall that could reach $200 million by next summer.

Houston-based oilfield services company Baker Hughes tracks drilling with a nationwide and state-by-state weekly tally of drilling rigs actively exploring for oil and gas. Wyoming's rig count on Friday was 26 but in June and July fell as low as 21.

That was Wyoming's lowest rig count since 1999 and down from a 5-year high of 63 a year ago this week.

Elsewhere in the state, such as in eastern Wyoming's Niobrara play, producers have been keeping maintaining production to pay down the cost of drilling over the past few years, Godby said.

"They are losing money in most cases now on production, and don't want to expand drilling in the current price environment," Godby wrote.

The problem is oil prices are down to about $46 a barrel, or about half compared to last year.

Other states have seen high production continue amid a dearth of drilling. North Dakota oil production, at around 37 million barrels, this year has remained near record levels and four to five times higher than production five years ago.

North Dakota's rig count has fallen from 181 to 63 over the past year.

Nationwide, oil production has been following prices downward since last spring. The trend likely will continue for another year, according to the U.S. Energy Information Administration.

Additional new production in the Gulf of Mexico eventually will help to offset production declines onshore in the lower 48 states and Alaska, according to the agency.