Monsanto said Wednesday that its earnings fell 34 percent in its first fiscal quarter as South American farmers cut back on planting corn, reducing demand for the company's biotech-enhanced seeds.U.S. farmers harvested record crops of soybeans and corn last year, sending prices on those food staples to their lowest levels in years. 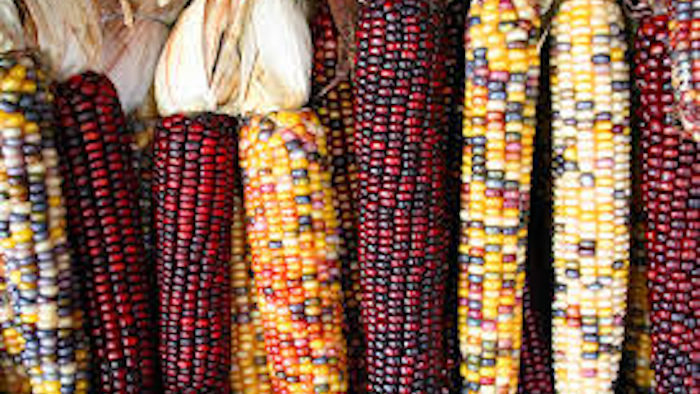 U.S. farmers harvested record crops of soybeans and corn last year, sending prices on those food staples to their lowest levels in years. That has resulted in farmers in South America and elsewhere reducing the number of acres they dedicate to corn. The company said lower corn plantings in the U.S. will likely reduce second quarter results by 5 to 10 percent compared with the prior year.

Monsanto said its business was also affected by reduced cotton planting in Australia and a shift in timing for its chemical business.

The results topped Wall Street expectations. The average estimate of analysts surveyed by Zacks Investment Research was for earnings of 34 cents per share.

The agriculture products company's revenue fell more than 8 percent to $2.87 billion in the period, on lower sales of corn seeds and herbicide. Analysts expected $2.96 billion, according to Zacks.

Monsanto expects full-year earnings in the range of $5.75 to $6 per share.

The company's shares rose 74 cents to $116.99.69 in premarket trading shortly before the market open.

Monsanto has dominated the bioengineered-seed business for more than a decade and recently began developing products specifically for emerging markets like Argentina, Brazil and parts of Asia. The company is also making investments in computerized tools for the agricultural sector.

Monsanto executives predict this expanded portfolio of offerings will help the company double its earnings per share over the next five years.

"The near-term headwinds in agriculture persist, but our ability to deliver new solutions to help farmers improve yields while efficiently using resources provides the opportunity to deliver growth in both the current environment and over the longer-term," said CEO Hugh Grant in a statement.

The company's biotech seeds have genetically engineered traits that the company says benefit farmers enough that they come out ahead, despite their higher costs.

Sales of the company's signature herbicide, Roundup, and other chemicals declined to $1.25 billion from $1.47 billion.