A majority of the nearly three dozen who responded to the survey predict tepid economic growth, weak pay gains and modest hiring for the next two years at least. 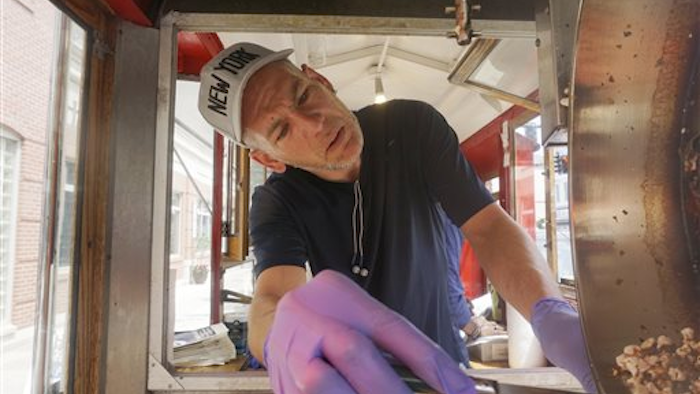 WASHINGTON (AP) — For much of the economy's fitful and sluggish six-year recovery from the Great Recession, analysts have foreseen a sunnier future: Growth would pick up in six months, or in a year.

The latest Associated Press survey of leading economists shows that most now foresee a weaker expansion than they had earlier. A majority of the nearly three dozen who responded to the survey predict tepid economic growth, weak pay gains and modest hiring for the next two years at least.

Nearly 70 percent said they thought the economy's growth would remain below its long-run average of 3 percent annually through 2017. The economy hasn't attained that pace since 2005.

And if they're right, don't expect much of a pay raise: Fifty-eight percent of the economists think wage increases for the next two years will remain stuck below a long-term annual average of 3.5 percent.

What's more, if growth doesn't pick up from its modest post-recession pace of 2.2 percent a year, nearly six in 10 expect hiring to fall to an average of 175,000 jobs a month or below, down from its pace of 243,000 jobs a month for the past year.

At the start of the year, many economists thought falling gas prices and strong hiring would finally produce 3 percent economic growth for 2015 as a whole.

"We no longer have reason for optimism that the economy is going to accelerate," said Mike Englund, chief economist at Action Economics. "The real question is, when is the next downturn coming?"

Other findings from the survey, conducted Aug. 13-20, include:

— Home sales will improve further despite a still-tepid economy. More than 80 percent of economists say recent job gains, which have put about 2.9 million Americans to work in the past year, will lead more Americans to buy homes. Sales reached an annual rate of 5.6 million in July, the best in eight years. And nine in 10 of the economists expect millennials — people between 18 and 34 years old — to step up their home buying and boost growth in coming years.

— Assuming the Fed raises rates this year, economists forecast that the average 30-year fixed mortgage rate will rise from 3.9 percent to 4.4 percent by mid-2016 and 4.8 percent by the end of 2016. Those levels are still low by historical standards.

— China's economic troubles will worsen, in turn slowing the global economy. In just the past month, China's exports have plummeted along with factory output, and its stock market has sunk. The country has devalued its currency in part to try to boost exports, but growth is expected to slip to 7 percent this year, the slowest pace since 1990. Half the economists said they think China's growth will weaken further in the next year to below a 6 percent annual pace and slow the global economy.

The economists cited several reasons for their dimmer outlook for the United States. Many pointed to a slowdown in the proportion of Americans with jobs. Baby boomers are retiring, young people are staying in school longer and some of the unemployed have given up on their job hunts.

Increases in worker efficiency have also faltered since the recession, further limiting the economy's output.

"The slowdown in labor force growth is the main reason (economic) growth in the U.S. will be slower than it was in the second half of the previous century," said Luke Tilley, chief economist at Wilmington Trust.

Outside of population growth and productivity, "a huge surge in exports" could spur a faster expansion, said Robert Johnson, an economist at Morningstar. Yet economists noted that the dollar has surged about 20 percent in value in the past year compared with a basket of other currencies. That's made U.S. exports more expensive overseas.