9 Killed in Blast at Chemical Plant in Eastern China

The Xinhua News Agency said the cause of the explosion at a workshop owned by Tianbao Chemical Industry Co. 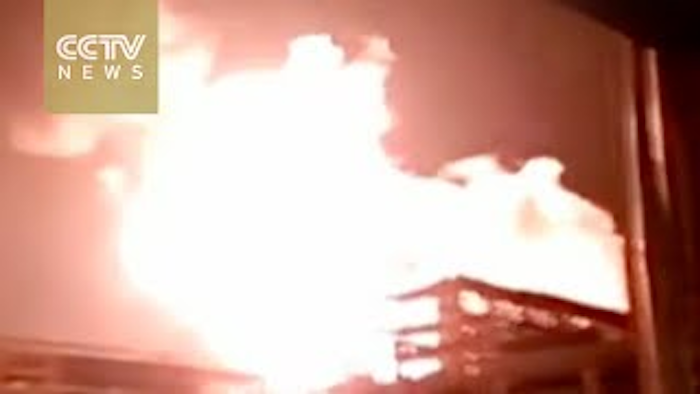 BEIJING (AP) — An explosion at a chemical factory in eastern China on Wednesday killed nine people and injured two others, officials and news reports said.

The Xinhua News Agency said the cause of the explosion at a workshop owned by Tianbao Chemical Industry Co. in Linyi city in Shandong province is still unknown. The company manufactures explosives for mining and other commercial uses.

The city said the identities of the nine bodies were being determined through DNA tests.

Xinhua said one of the injured was in critical condition.

The explosion is the latest in a string of serious accidents involving deadly chemicals in China. In August, 173 people, many of them firefighters, were killed in a chemical explosion in the port of Tianjin involving 700 tons of highly toxic sodium cyanide.