Lake Barrett, a former U.S. nuclear regulator, says cleaning up Tokyo Electric Power Co.'s wrecked Fukushima plant is a bigger challenge than the work he led at Three Mile Island and that ongoing radioactive water leaks are a minor part of that task. 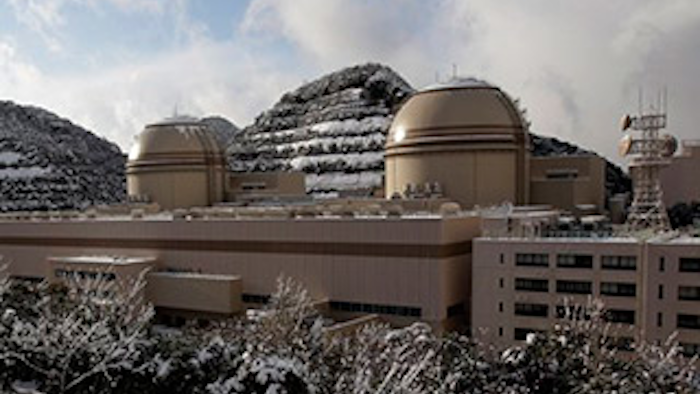 TOKYO (AP) — A former U.S. nuclear regulator says cleaning up Japan's wrecked Fukushima plant is a bigger challenge than the work he led at Three Mile Island and that ongoing radioactive water leaks are a minor part of that task.

Lake Barrett was appointed this month by plant operator Tokyo Electric Power Co. as an outside adviser for the decades-long decommissioning process. He led the Three Mile Island accident cleanup for nearly a decade as part of the Nuclear Regulatory Commission.

He said that the meltdowns in three of the reactors, massive radiation leaks and the volume of contaminated water at the Fukushima Dai-ichi plant, on Japan's northeast coast, make it a more complicated clean-up.

"In comparison to Three Mile Island, Fukushima is much more challenging, much more complex a job," Barrett told a Tokyo news conference.

Compared to the magnitude of that task, the leakage problem is a "very low health impact and not a concern," he told The Associated Press in an exclusive interview later Friday. The attention on the contaminated water leaks is "out of proportion," and is hurting the overall cleanup process by slowing things down, he said.

The 1979 core melt accident at the Three Mile Island nuclear plant in Pennsylvania involved one reactor. All the radioactivity was contained in one building, where 8,000 tons of contaminated water were trapped.

In Fukushima, the catastrophe was precipitated by a massive earthquake and tsunami, whose aftermath are further adding to the difficulties of containing and cleaning up after the meltdowns of the three reactors. Moreover, buildings at the Japanese plant were destroyed or damaged by hydrogen explosions, which released massive radioactive elements into the air and sea.

Japanese officials have acknowledged that radioactive ground water has been leaking from the plant since soon after the nuclear disaster. Recent leaks from storage tanks holding radioactive water have added to the concerns.

But despite worries over the massive quantities of water needed to cool the melted reactors, the risk of radiation-contaminated water to public health is minimal, Barrett said.

Improved communication would help calm those fears, which likely persist since huge amounts of radiation-tainted water will have to be released into the Pacific after it is processed to bring it below legal limits.

TEPCO on Thursday acknowledged that samples of underground water from near a tank where a major leak occurred last month showed high levels of radioactive tritium.

Massive amounts of contaminated water — a combination of water leaking from the three damaged reactors and inflows of underground water — have also accumulated inside reactor and turbine basements and threaten to leak into the Pacific Ocean.

The most toxic water gathers in the basements, Barrett said, but it is so far "adequately controlled."

The Nuclear Regulation Authority has estimated the amount of that water at a hefty 90,000 tons and urged TEPCO on Thursday to quickly increase anti-leak measures to the basements to minimize the risk of the highly toxic water spreading.

Hours before the Sept. 7 vote by the International Olympic Committee awarded Tokyo the hosting rights for the 2020 games, Prime Minister Shinzo Abe emphatically declared that the leaks were under control.

The government has promised to become more directly involved in the plant's water management and to fund costly projects to contain the leaks, including an ice wall — using a system of pipes to freeze the earth so it forms a frozen wall — to surround the reactor and turbine buildings to block underground water flows, and an advanced water treatment apparatus designed to process tank water to make it safe enough for eventual release into the Pacific.

Dale Klein, a former NRC chairman who was also in Tokyo as a TEPCO adviser, said Friday that the contaminated water problem would last "for at least a decade" until planned removal of molten fuel that needs constant cooling begins.

"Water would be an issue that TEPCO would have to pay attention for a long time," he said.