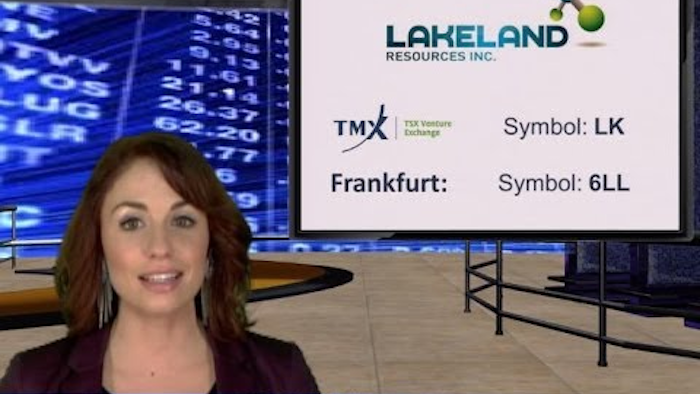 The drilling program is being funded 100% by New Dimension, who has an option to earn up to a 70% interest by:

Lakeland will then be carried at no cost with its remaining 30% interest until New Dimension completes an initial NI 43-101 resource estimate for the Property. Previous drilling identified a broad gold-bearing structure, which can be traced for over 500 metres in strike length, with gold mineralization remaining open on strike and down dip.

The property is road accessible and lies 20 kilometres southeast of Richmond Mines' Island Gold Mine complex and Argonaut Gold's Magino Gold Project, which Argonaut acquired upon taking over Prodigy Gold for approximately $350 million.

Lakeland has turned its attention to uranium, with the Company's 100%-owned Riou Lake Uranium Property located along the northern rim of the Athabasca Basin, Saskatchewan; home to some of the worlds' largest and richest high-grade uranium deposits.