North Carolina's environmental agency sought late Monday to delay its own settlement with Duke Energy a week after a busted pipe at one of the company's coal ash dumps spewed enough toxic sludge into the Dan River to fill 73 Olympic-sized pools. 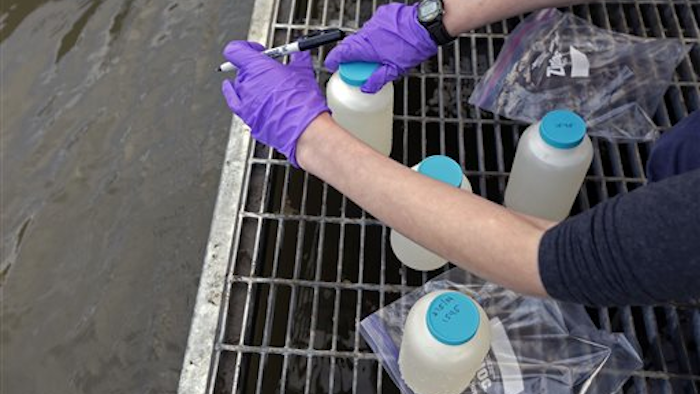 RALEIGH, N.C. (AP) — North Carolina's environmental agency sought late Monday to delay its own settlement with Duke Energy a week after a busted pipe at one of the company's coal ash dumps spewed enough toxic sludge into the Dan River to fill 73 Olympic-sized pools.

Lawyers for the state Department of Environment and Natural Resources asked a judge to disregard their proposed settlement with the nation's largest electricity provider. Under the deal, Duke would have paid fines of $99,111 over groundwater pollution leaking from two coal dumps like the one that ruptured Feb. 2.

The state's letter came one day after a story by The Associated Press in which environmentalists criticized the arrangement as a sweetheart deal aimed at shielding Duke from far more expensive penalties the $50 billion company might face under the federal Clean Water Act. The settlement would have required Duke to study how to stop the contamination, but included no requirement for the company to actually clean up its dumps near Asheville and Charlotte.

"DENR asks this court to hold in abeyance any further consideration of the proposed consent order while DENR undertakes a comprehensive review of all North Carolina coal ash facilities in view of the recent coal ash release into the Dan River," said the state's letter to Wake County Superior Court Judge Paul Ridgeway, a copy of which was obtained by the AP. "DENR will advise the court when it has completed this additional review of North Carolina coal ash facilities and the requirements of the proposed consent order."

Drew Elliot, a spokesman for the state environmental agency, said late Monday that he had not yet seen the letter and could not comment.

Duke Energy spokeswoman Tammie McGee said it is the company's policy not to comment on pending litigation.

On the afternoon of Feb. 2, a security guard patrolling the grounds of Duke's Dan River Steam Station discovered that a pipe running under a 27-acre toxic waste pond had collapsed. The company reports that up to 82,000 tons of coal ash mixed with 27 million gallons of contaminated water drained out, turning the river gray and cloudy for miles. The accident ranks as the third-largest such coal ash spill in the nation's history.

The public was not told about the breach until the following day and initial reports provided by Duke and DENR did not make clear the massive scale of the disaster. It took six days for the company to finally seal the pipe.

State regulators initially said testing showed levels of arsenic, lead and other toxic contaminates in the river water were at levels low enough to be safe for both fish and humans. On Sunday, however, the state officials admitted they had made an "honest mistake while interpreting the results" and issued an advisory warning people to avoid prolonged contact with the water.

AP reported Sunday that environmental groups have tried three times in the past year to use provisions under the Clean Water Act to sue in federal court to force Duke to clear out leaky coal ash dumps after North Carolina regulators failed to act on evidence of serious groundwater contamination.

Each time, the state agency blocked the citizen lawsuits by intervening at the last minute to assert its own authority under the act to take enforcement action in state court. After negotiating with the company behind closed doors, the state proposed settlements many regard as highly favorable to the company.

Clean water advocates have long complained that state regulators are too cozy with the polluters they regulate. But they say that coordination and cooperation has become even more overt since the January 2013 inauguration of Gov. Pat McCrory, a pro-business Republican who worked at Duke Energy for 28 years.

Since his unsuccessful first campaign for governor in 2008, campaign finance reports show Duke Energy, its political action committee, executives and their immediate families have donated at least $1.1 million to McCrory's campaign and affiliated groups that spent on TV ads, mailings and events to support him.

After winning in 2012, McCrory appointed Raleigh businessman John Skvarla to head the state environmental agency charged with policing his former employer. Skvarla has described his agency's role as being a "partner" to those it regulates, whom he refers to as "customers."

Lawyers for the environmental groups who had tried to sue Duke in federal court were shut out of the negotiations between state regulators and the company that produced the now scuttled settlement proposal. They had hoped to convince the state judge overseeing the case to reject the deal.

Frank Holleman, a senior attorney at the Southern Environmental Law Center, worried that Monday's about-face might be just another tactic by the state to help Duke avoid paying for the harm it has done to the North Carolina's rivers and lakes.

"Instead of taking action to clean up coal ash pollution and protect the public, DENR is going back to the drawing board and proposing to delay action for who knows how long," Holleman said. "It is time to act, not to delay."

Many of the positions will be in technical and engineering roles.
May 13th, 2022
Follow Us
Most Recent