A top executive at Duke Energy has apologized for the company's massive coal ash spill in North Carolina and pledged to clean up its toxic waste from the Dan River. 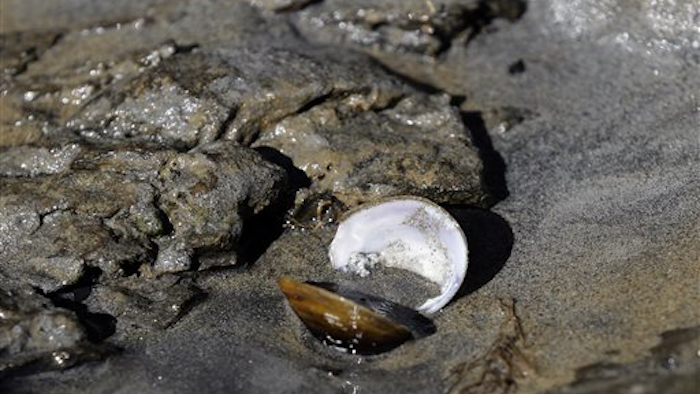 RALEIGH, N.C. (AP) — A top executive at Duke Energy has apologized for the company's massive coal ash spill in North Carolina and pledged to clean up its toxic waste from the Dan River.

Paul Newton, president for the company's North Carolina operations, made the apology Friday as he visited with residents in the affected towns of Eden, N.C., and Danville, Va. The company says it is developing a long-term clean-up plan for the river in consultation with state and federal environmental regulators.

"We apologize and will use all available resources to take care of the river," Newton said. "We will do the right thing for the river and surrounding communities. We are accountable."

The company said engineers at its Dan River Steam Station have designed a containment system that is capturing nearly all of the toxic runoff and pumping it back into a storage basin. However, the company said it cannot yet declare the spill fully contained.

The nation's largest electricity provider said up to 82,000 tons of coal ash mixed with 27 million gallons of contaminated water have escaped since a drainage pipe running under a 27-acre waste pond collapsed Feb. 2, turning the river gray for miles. It ranks as the third largest such coal ash spill in the nation's history.

State environmental officials released test results from the river this week that showed readings for arsenic, lead and other toxic contaminates linked to coal ash, but said they were within safety limits for both people and fish. However, state regulators had taken those samples two miles downstream from the plant, rather than closer to the spill site where two environmental groups reported readings far exceeding safety standards.

Officials 20 miles downstream in Danville say they are successfully filtering arsenic, lead and other toxins from the drinking water supplied to the city's 43,000 residents.

Duke University geochemistry professor Avner Vengosh warned it could take years before the full impactss of the spill work their way through the Dan River's ecosystem. Vengosh has studied coal-ash contamination in lakes and rivers throughout North Carolina. He also studied the long-term impact of a huge 2008 coal ash spill in Kingston, Tenn.

Coal ash contains arsenic, lead, mercury, selenium and other deadly chemicals that will negatively affect the health of fish and other animals, he said.

"What we found in our study is that the coal ash is going to be deposited on the bottom of the river, and is going to generate a kind of toxicity," as it dissolves into the sediment, Vengosh said.