Flying could get cheaper next year as airlines say they will finally start passing on some of the savings made on plummeting oil prices. Carriers are forecasting record profits for 2015 thanks to cheaper fuel and rising demand. As a result, they expect to cut the average ticket price by 5 percent in 2015, excluding surcharges and taxes. 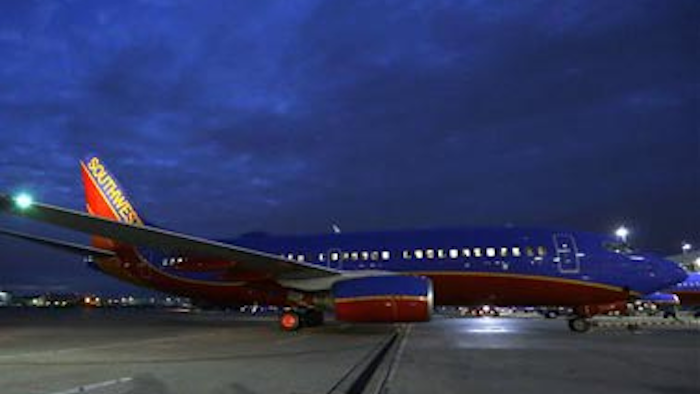 Flying could get cheaper next year as airlines say they will finally start passing on some of the savings made on plummeting oil prices.

Carriers are forecasting record profits for 2015 thanks to cheaper fuel and rising demand. As a result, they expect to cut the average ticket price by 5 percent in 2015, excluding surcharges and taxes.

That may not be a big decrease considering that the price of crude oil has fallen 40 percent since June, but is the most carriers can do for now, the International Air Transport Associated said.

The association, which represents 240 airlines, or 84 percent of total air traffic, notes carriers are still stuck with contracts for fuel that pre-date the past months' price slump. That's one reason why airlines have this year not cut ticket prices despite the oil price fall. In fact, as demand for flying remains strong, fares have been going up.

"It's going to be six months or so before airlines are seeing lower fuel costs, and at that point consumers are likely to see a fall in travel costs," Pearce told The Associated Press.

That is based on a forecast that the price of oil will average $85 per barrel. On Wednesday, the U.S. contract was trading below $63 a barrel.

But despite the rise in earnings, many airlines remain cautious about their finances as profit margins remain slim. The Geneva-based association said margins are forecast at only 3.2 percent, just up from 3.1 percent in 2010.

Tony Tyler, director-general and CEO of IATA, said that even with the fall in jet fuel prices, the average profit would still amount to little more than $7 per passenger per flight—well below other industries.

He noted that Starbucks, for example, has a declared profit margin of about 14 percent.

"If that is the case, they will retain as much from selling seven cups of coffee as an airline will make selling an average ticket," Tyler said.

That's why airlines are taking advantage of a golden moment, in which fuel costs are falling just as demand rises.

Passenger traffic has been expanding by about 5.5 percent per year for the past two decades but IATA said it is expected to grow 7 percent in 2015.

The highest growth in demand is forecast in emerging markets in Asia, the Pacific region, the Middle East, Latin America and Africa.

Asian airlines should see profits hit $5 billion next year, bringing them back to 2011 levels, while the Middle Eastern ones should rise to $1.6 billion from $1.1 billion.