Previous agreements required Freedom to remove all contaminated soil and groundwater. The new agreement leaves that option on the table, but also allows Freedom to apply for the Land Restoration Voluntary Remediation Program. During bankruptcy proceedings company officials have said this program would be less expensive. 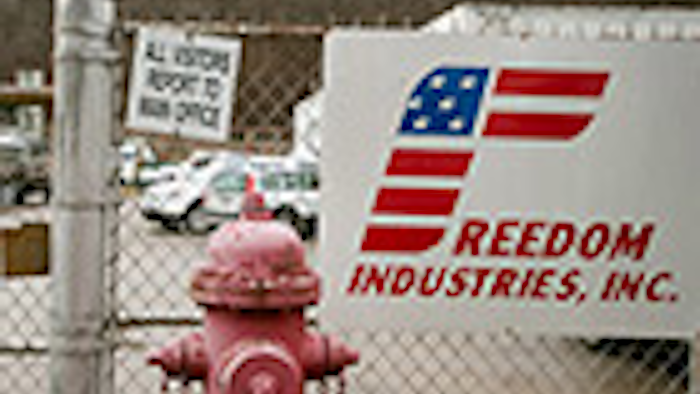 (AP) — The bankrupt company that leaked a coal processing chemical into Charleston's Elk River in January could see a reduction in the amount of contaminated material it needs to clean. The Charleston Gazette reported Thursday that regulators with the West Virginia Department of Environmental Protection (WVDEP) revealed an agreement in which Freedom Industries could enter a voluntary toxic cleanup program.

Previous agreements required Freedom to remove all contaminated soil and groundwater from the polluted site. The new agreement leaves that option on the table, but also allows Freedom to apply for entry into WVDEP's Land Restoration Voluntary Remediation Program. In bankruptcy filings, company officials have said the remediation program will be less expensive, lessening its burden for cleaning the site.

But DEP Secretary Randy Huffman told the Charleston Gazette that's not certain. Even voluntary remediation would require Freedom to prove that MCHM, the coal processing chemical spilled into the Elk River in January, would never contaminate Charleston's drinking water again, Huffman said. "I haven't backed down from my zero-risk obligation," Huffman told the Gazette. "How scientifically and from an engineering perspective they could get to that through the Voluntary Remediation Program, I don't know yet."

Huffman added that little is known about health effects related to MCHM's presence in the soil or groundwater. "At the end of the day, there can be no risk," Huffman told the Gazette. "We just can't have it. We can't have any risk. If they can figure out how to do that (in the voluntary program), it is something we would consider." In the January spill, approximately 7,500 gallons of MCHM was leaked into the Elk River. Freedom's facility sits along the Elk River, about 1.5 miles from West Virginia American Water Company's drinking water intake. The river serves as a water source for as many as 300,000 residents.