In the struggling Gaza Strip, Omar Ramlawi's plastic factory is one of the few businesses that has managed to stay afloat, overcoming dire shortages of raw materials by resorting to an unusual source: recycling. 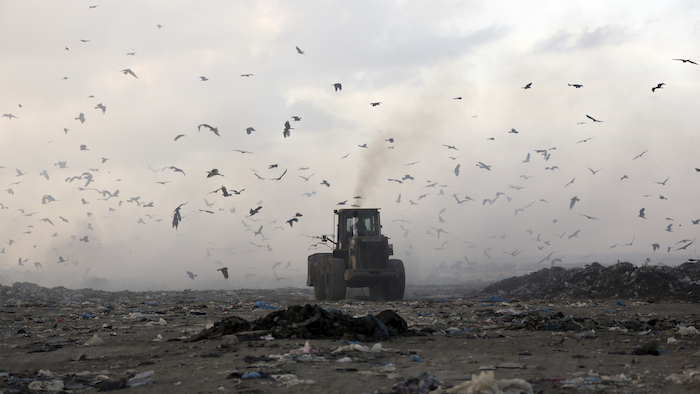 GAZA CITY, Gaza Strip (AP) — In the struggling Gaza Strip, Omar Ramlawi's plastic factory is one of the few businesses that has managed to stay afloat, overcoming dire shortages of raw materials by resorting to an unusual source: recycling.

Recycling has never been a priority in Gaza, a crowded and impoverished seaside territory whose already weak economy has been devastated by years of conflict with Israel and mismanagement by the strip's ruling Islamic militant Hamas movement. The empty bottles and shopping bags strewn on Gaza's beaches and roadsides provide vivid reminders of the lack of environmental awareness among its residents.

Ramlawi has begun to change this, collecting tons of bags, bottles and other items to keep his factory open.

With raw materials restricted under an Israeli blockade, Ramlawi says that he would have had to shutter the plant — and lay off his 50 workers — long ago. Instead, thanks to the recycling effort, his factory in east Gaza City produces between 1.5 to 2 tons of irrigation pipes, black trash bags and cable hoses each day — all supplied to the local market. 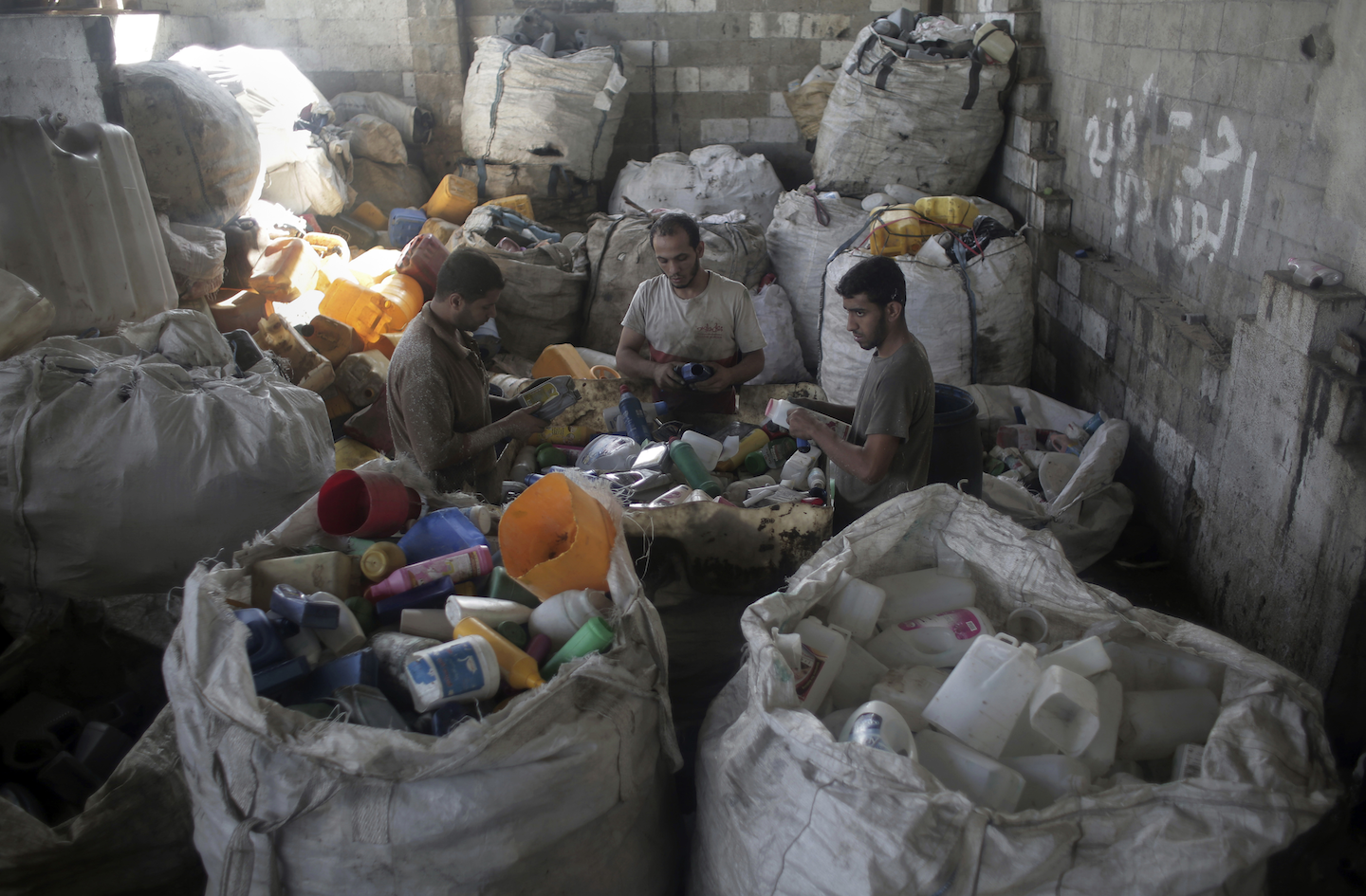 In this Tuesday, Oct. 18, 2016 photo, Palestinian workers sort the plastic bottles before the recycling process in a plastic factory in Gaza City. In the struggling Gaza Strip, Omar Ramlawi’s plastic factory is one of the few businesses that has managed to stay afloat, overcoming dire shortages of raw materials by resorting to an unusual source: recycling. Recycling has never been a priority in Gaza, a crowded and impoverished seaside territory whose already weak economy has been devastated by years of conflict with Israel and mismanagement by the ruling Islamic militant Hamas movement. (AP Photo/ Khalil Hamra)

"Due to the siege and restrictions on imports, we had to use the materials available in Gaza and recycle it," Ramlawi said as workers behind him reeled a newly produced hose on a wheel out from the production line. "That's how the idea came and we started developing it."

Israel and Egypt imposed the blockade on Gaza after Hamas seized control of the territory from the forces of Palestinian President Mahmoud Abbas in 2007. The blockade has restricted the movement of people and goods in and out of the territory.

Israel says the policy is needed to prevent Hamas, a militant group committed to Israel's destruction, from building up its arsenal of rockets and other weapons. But the restrictions have crippled Gaza's economy. Scores of factories have been forced to close, and unemployment is over 40 percent, according to the World Bank and other international estimates.

At times, Israel has restricted imports of polyethylene, a key material for Ramlawi. And in recent months, it has stopped them altogether. Ramlawi says he hasn't received a shipment in three months.

COGAT, the Israeli defense agency responsible for dealing with civilian issues in Gaza, said that polyethylene is on a list of "dual-use" materials that can be diverted by Hamas for military purposes. While such materials are sometimes allowed into Gaza, "they require security checks to ensure that the materials reach their proper destination to benefit the residents of Gaza," COGAT said in a statement.

The Gaza Strip produces 1,700 tons of solid waste daily, according to Abdulrahim Abu al-Qomboz, head of the environment department in Gaza municipality. Plastic makes up 15 percent of the waste, and he said his office is pleased with the recycling effort.

"We encourage the recycling of garbage in an organized way, not only plastic, but all components of solid waste," he said.

At the factory, two workers were sorting abandoned water tanks, juice containers and plastic crates one recent morning and chopping them up in a grinder. After that, the ground plastic was sent for washing manually, where workers used a shovel to stir the fragments in washing tubs before moving them in buckets to a locally made dryer.

The plastic was further processed using a combination of old machines and manual techniques until it was finally turned into tiny balls. These balls, together with raw polyethylene, then went to production lines.

The process produces a substance that is close to polyethylene, Ramlawi said. Without it, he would have run out of his meager supply months ago and gone out of business.

The plastic is mostly recovered from landfills and road waste containers by poor or jobless individuals — a process that the municipality turns a blind eye to, despite health concerns.

For Nasrallah al-Rifi, a father of six, searching through garbage is a matter of survival. Married since 2006, he has six children and can't find regular work.

"I do this to feed my children," he said as he collected plastic from a landfill in Gaza City. He said he sells the plastic to subcontractors who then send it to factories like Ramlawi's, the largest of the six such factories in Gaza. He sells a cartload of plastic trash for 15 or 20 shekels, or roughly $5.

"I can give my son a shekel when he goes to school," he said. "It's better than sending him with no money."