A small hydroelectric power plant is operating again after hundreds of brown trout were found dead last week in a western Pennsylvania river. 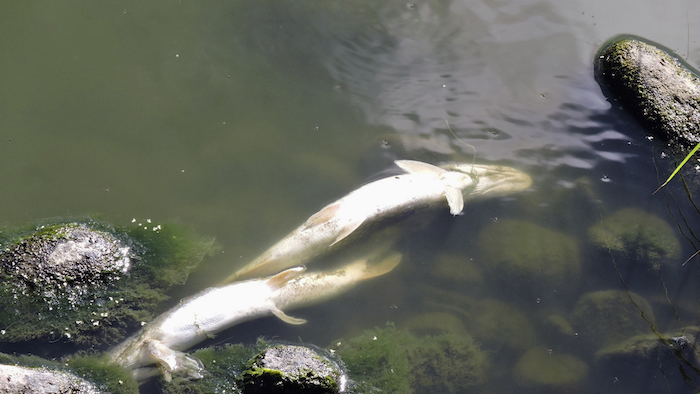 The U.S. Army Corps of Engineers, which owns the dam, told the plant to suspend operations after investigators determined 230 fish had died when the plant's water discharge contained high levels of nitrogen.

Plant officials say its equipment shows nitrogen levels were in a safe range though. They say the fish died from high water temperatures and poor water circulation caused by algae in trout rearing pens.

State and federal authorities are investigating.

The plant can generate enough electricity to power about 8,000 homes for a year.