Contract To Manage Federal Nuke Lab Up For Grabs After 2017

The annual $2 billion contract to manage one of the federal government's premier nuclear weapons laboratories will be up for grabs after 2017. 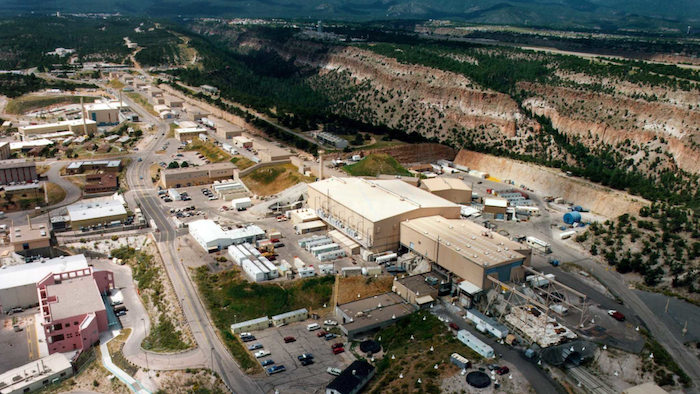 The annual $2 billion contract to manage one of the federal government's premier nuclear weapons laboratories will be up for grabs after 2017.

Los Alamos National Security — a consortium that includes the Bechtel Corp., the University of California and others — has held the contract at the New Mexico facility for nearly a decade.

The latest performance review calls for docking the lab's manager $7.7 million in incentive fees for an incident that left one worker hospitalized for more than a month with burns over 30 percent of his body, and for potential contamination stemming from the handling of highly enriched uranium at a Nevada facility.

The correspondence, obtained Monday by The Associated Press, urged management to work with federal regulators to ensure "accountability for safe, secure, effective, efficient and economical management and operations of the laboratory."

In all, Los Alamos National Security stands to lose about $10 million in performance fees, or more than one-quarter of what it was eligible for during the last fiscal year. The consortium took the biggest hit when it came to meeting operational and infrastructure goals, but made improvements in science and national security work.

McMillan told employees in an email last week that while the lab's performance wasn't good enough to ensure an automatic contract extension, the review was better than those for the previous two fiscal years.

"We continue to provide strong value to the national security missions, and Los Alamos continues to be regarded highly for the quality of its science," he wrote.

The management team also missed an opportunity last year to earn a contract extension after it was hammered for errors that led to a radiation leak.

The leak forced the nation's only underground nuclear waste repository to close indefinitely and stalled cleanup work at defense-related sites around the country.

McMillian acknowledged in his email the seeming insurmountable challenges faced by the lab at the start of the year. But he also listed accomplishments that included gaining a clearer understanding of what went wrong with the lab's waste-handling processes and restoring pit manufacturing capabilities at its plutonium facility.

Spokesmen for the University of California and Bechtel said Monday the latest review shows improvements are needed in some areas, but the lab remains a world-class research institution.

The consortium has held the Los Alamos contract since 2006, when it was put out for bid following a series of security problems at the lab.

The current contract expires in September 2017, but managers could continue through 2018 as part of a transition period.

The National Nuclear Security Administration declined to comment on the decision regarding the contract, saying only that the assessment process is expected to be complete by mid-January and documents related to the annual review will be made public.

Members of New Mexico's congressional delegation announced over the weekend that they were informed of the review.

Sens. Tom Udall and Martin Heinrich and Rep. Ben Ray Lujan, all Democrats, said the federal government must hold its contractors accountable, be a responsible steward of federal funds and take action under the contract to ensure the safety of workers, the community and environment.