The tax credit could disappear if the House version of a federal tax overhaul bill prevails in negotiations with the Senate. 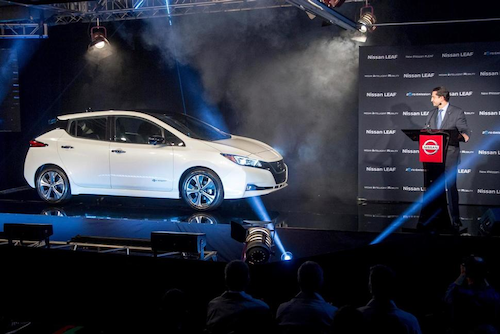 The head of Nissan Motor Co.'s operations in North America said Monday that the company is undaunted by congressional efforts to do away with a federal tax credit for plug-in electric vehicles.

Boasting a 40 percent increase in battery range to 150 miles (240 kilometers), the 2018 Leaf will hit dealerships early in the new year with a sticker price of just under $30,000. But that's before a $7,500 federal tax credit that has been a major selling point for buyers of the previous version of the Leaf or other electric offerings from companies like Tesla or General Motors.

The tax credit could disappear if the House version of a federal tax overhaul bill prevails in negotiations with the Senate, which included the incentive in the bill it passed last week.

The Japanese automaker on Monday celebrated the production of the first new Leaf at its sprawling plant on the outskirts of Nashville. Jose Munoz, the chairman of Nissan North America, told reporters afterward that there is "very clear, strong natural demand" for electric vehicles even without the incentives.

"Obviously we welcome support to the EV business," Munoz said. "At the same time, we've built a very strong foundation because we are global leaders on EV."

The Renault-Nissan-Mitsubishi alliance announced in September that it plans to produce 12 new electric models by 2022 and that electric cars will make up 30 percent of its overall output. 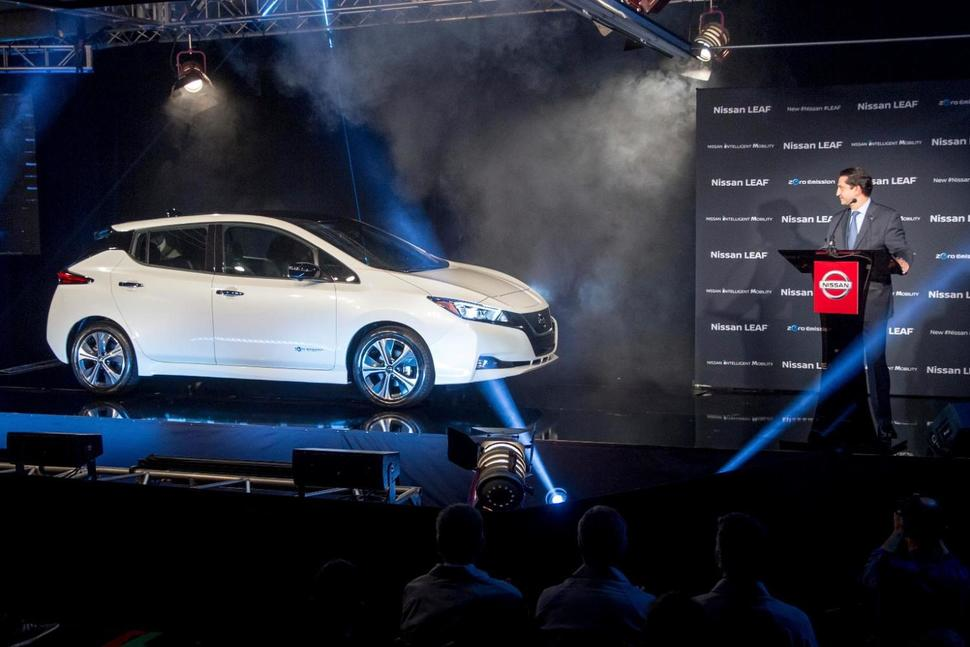 "We're going to continue betting on this," Munoz said.

Munoz declined to say whether Nissan would adjust the pricing on the Leaf if the federal tax credit ends.

Volkswagen last week showed off its I.D. Crozz, a pre-production electric SUV, and said it will go on sale in the U.S. by 2020. Although the first of the new SUVs will be made in Germany, Volkswagen brand chief Herbert Diess said he hopes it will also be produced at the German automaker's lone U.S. plant in Chattanooga.

Volkswagen is urging Congress to keep the federal tax credits in place.

Tennessee Gov. Bill Haslam said he has discussed the credits with Sen. Lamar Alexander, R-Tenn. The state's junior senator, Bob Corker, was the only Republican to vote against the tax bill, citing concerns about adding to the federal deficit.

Haslam said he expects sales of electric vehicles to continue to grow in the long term, though that pace could be slowed if the federal tax credit ends.

"It's just a matter of how long it takes us to get to where the electric vehicle is the dominant method of propelling vehicles," he said.