An influential industry committee recommended Thursday that the FAA eliminate or scale back dozens of safety rules. 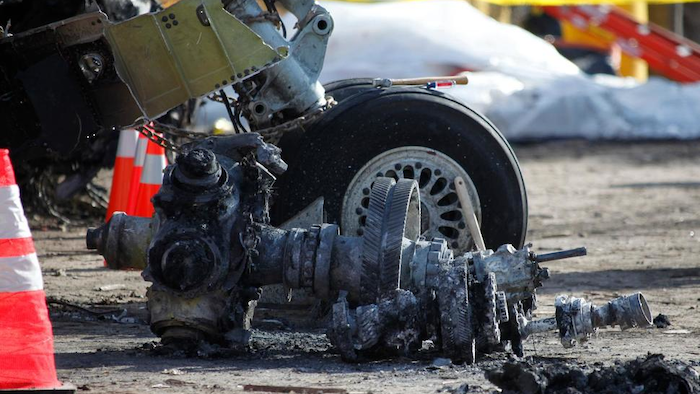 In this Feb. 16, 2009, file photo, debris at the scene of a plane crash site of Continental Connection Flight 3407 in Clarence Center, N.Y. (AP Photo/David Duprey, pool)

An influential industry committee recommended Thursday that the Federal Aviation Administration eliminate or scale back dozens of safety rules, including one on airline pilot qualifications.

The FAA's Aviation Rulemaking Advisory Committee said the recommendations are a response to an effort by the agency to comply with President Donald Trump's directives to cut government regulations. The committee approved a report containing the recommendations by a vote of 14 to 4 with one abstention.

Pilots unions and safety groups oppose the recommendation on pilot qualifications, saying it would undermine safety. Regional airlines have been trying to roll back the pilot qualifications rule since it was adopted by the FAA in response to a sweeping aviation safety law passed by Congress after the last fatal crash of a U.S. passenger airliner.

Lawmakers said at the time that they were concerned about reports in the wake of the crash of Colgan Flight 3407 in February 2009 near Buffalo, New York, that some rapidly growing regional airlines were hiring first officers with far less experience than pilots at major airlines. All 49 people on board and a man on the ground were killed after the captain responded incorrectly to safety systems, causing the plane to stall.

After the crash, lawmakers increased the minimum number of flight hours first officers must have in order to obtain a license to fly commercial passenger airliners to 1,500 hours, the same as captains, leading to more experienced first officers. 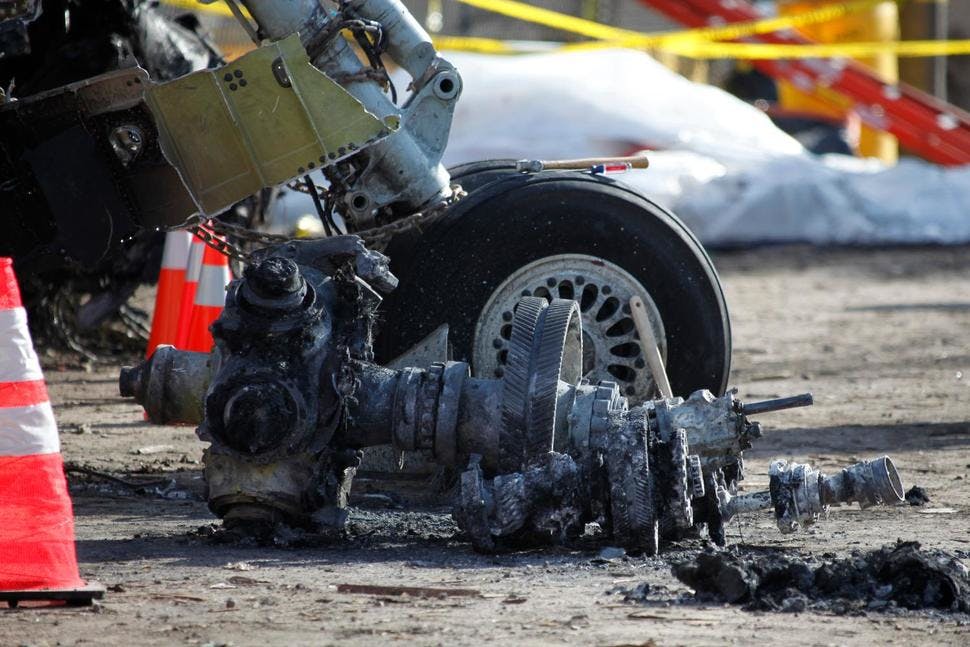 In this Feb. 16, 2009, file photo, debris at the scene of a plane crash site of Continental Connection Flight 3407 in Clarence Center, N.Y. (AP Photo/David Duprey, pool)

The report recommends permitting pilots with less than 1,500 hours to qualify for an "air transport" license if they receive academic training from their airline.

Airlines say the current rule is acerbating a pilot shortage that has caused some regional carriers to cancel flights. The problem, they say, is that it can cost prospective pilots as much as they might pay for a four-year college education to acquire the greater flying hours they now need to qualify for an air transport license. As a result, fewer people are willing to pursue careers as pilots.

"Far from weakening safety, it's one of the most important things we can do right now to advance pilot training," she said.

Airline pilot unions and safety advocates say the problem is regional airlines don't pay high enough entry-level salaries to attract as many pilots as they need.

"UPS and FedEx have good pay and benefits and thousands of highly qualified pilot applicants," the National Air Disaster Foundation, a safety advocacy group, said in a dissenting opinion to the committee's report. "There is only a pilot shortage of pilots able to work for $25,000 a year."

The Air Line Pilots Association International also opposed opposes the change, saying in its dissenting opinion that the pilot supply in the United States remains strong. Chad Balentine, an ALPA representative and member of the committee, said reducing the required entry-level flight hours would "jeopardize safety."

A group representing the families of victims of the Colgan crash said in a statement last week that regional airlines have taken their case to the advisory panel "to bypass the legislative process where they have run into considerable resistance."

In June, the Senate Commerce committee passed a bill that included a provision allowing prospective airline pilots to substitute academic training for flying hours. Opposition to the provision from Democrats has prevented Republicans from bringing the bill to the floor for a vote.

The report also recommends 53 other changes to safety rules, include regulations governing the strength of hinges, emergency exit markings and whether ashtrays should be required in restrooms since smoking isn't allowed on planes.