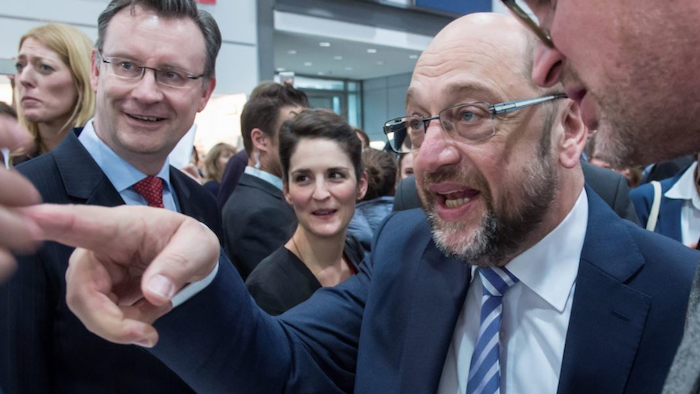 Schulz, whose center-left Social Democratic Party lags far behind Merkel's conservative bloc in the polls, didn't say how high the quota should be.

German carmakers have been the focus of a recent scandal involving cheating on diesel emissions, prompting the government to call auto bosses in for a crisis meeting last week.

The German government wants to put 1 million electric cars on the roads by 2020.

The Center for Automotive Management estimates that 22,453 electric and hybrid vehicles were sold in Germany during the first half of the year.