The proposal includes a bypass between that would run new high-speed Amtrak trains through historic neighborhoods. 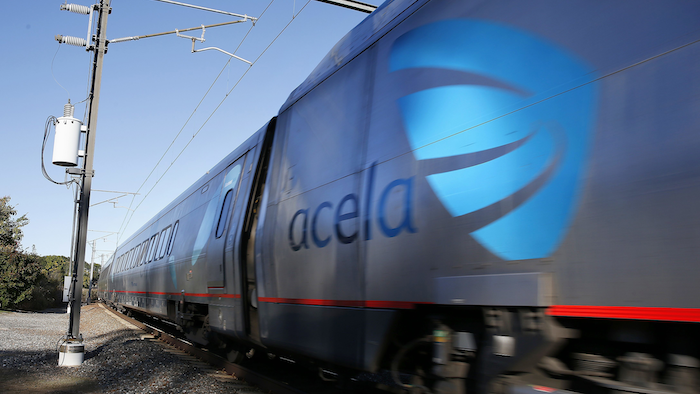 This quaint shoreline community, proud of its role as a nursery of American Impressionist art, fears the destruction of its heritage if a federal proposal to someday run an East Coast high-speed rail line through its historic center becomes reality.

Residents of Old Lyme, population 7,600, have enlisted nearby communities in Connecticut and Rhode Island to stop a 50-mile portion of the proposed Northeast Corridor Future plan. They're awaiting a recommendation, possibly before the end of the year, from the Federal Railroad Administration on a "preferred alternative" route for a faster, modern Boston-to-Washington line.

The proposal includes a bypass between Old Saybrook, Connecticut, and Richmond, Rhode Island, that would run new high-speed Amtrak trains — in some places, on elevated tracks — through historic neighborhoods, an arts college, marshlands, commercial districts and tourist attractions, including the Florence Griswold Museum.

"I think this region, whether it's a tourist engine or just something worth preserving, it's worth the fight," said Gregory Stroud, an Old Lyme resident and academic who formed SECoast, a regional group leading the local opposition. It has enlisted the support of state and local politicians and is raising money to prepare for a possible legal challenge, depending on the Railroad Administration's recommendation.

The sun of a recent October day set old maple trees ablaze, framing the pale yellow, late Georgian-style mansion that once belonged to "Miss Florence." A ship captain's daughter, Florence Griswold ran a boarding house for artists who wanted to escape the city and paint "en plein air," a style that originated in France and highlights the luminous effects of natural light. 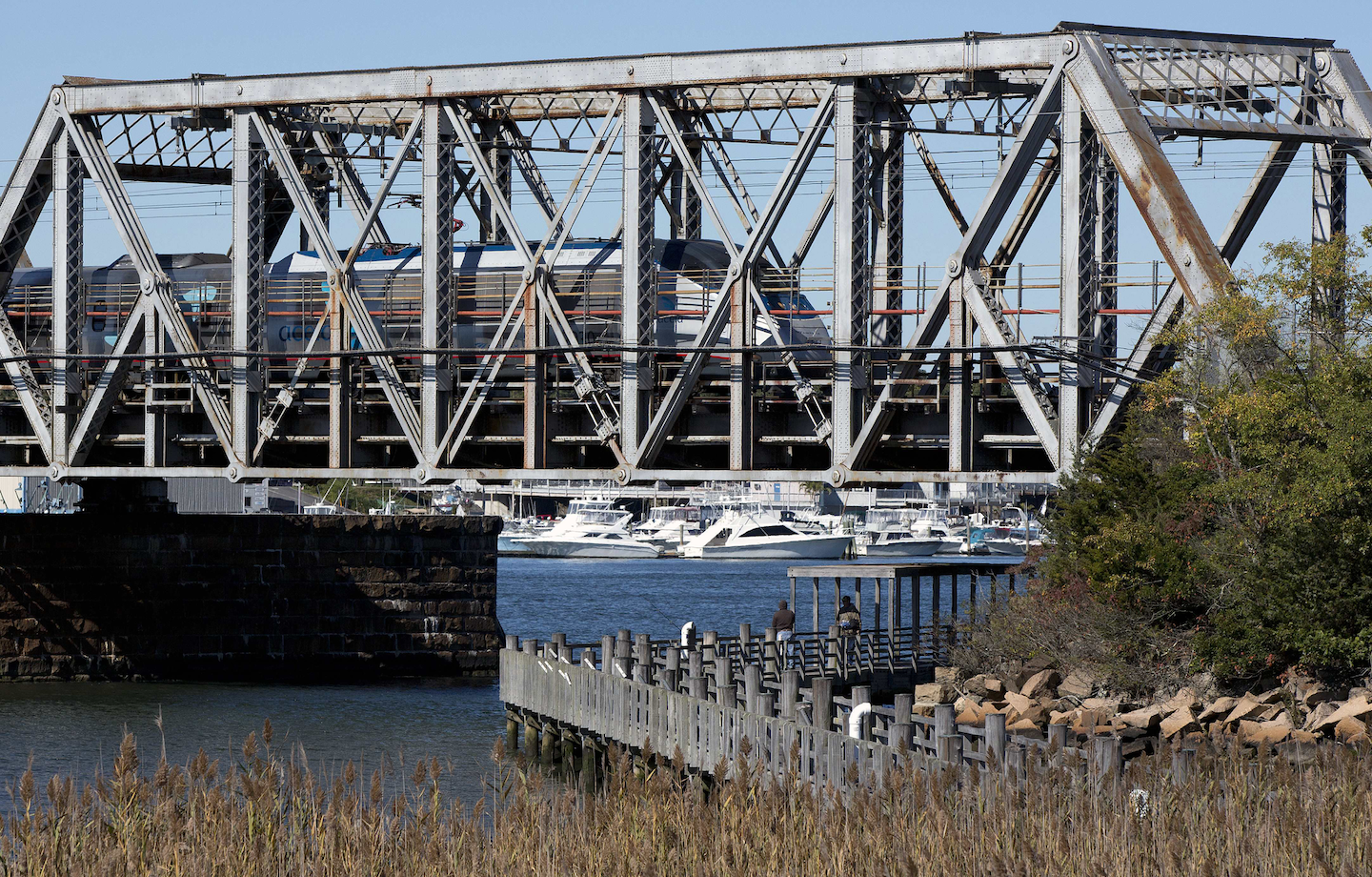 In this Friday, Oct. 14, 2016 photo, an Amtrak Acela train crosses the Connecticut River in Old Lyme, Conn. A plan to speed up Amtrak's high-speed rail corridor from Boston to Washington, D.C., is welcomed by business commuters but finding its strongest opposition in some shoreline towns in Connecticut. (AP Photo/Michael Dwyer)

Beginning in 1900, more than 200 painters, including influential American artists Henry Ward Ranger, Childe Hassam and Willard Metcalf, lived in and created art at the sprawling property at the mouth of the Connecticut River.

The proposed Northeast Corridor Future plan marks the first time since 1978 that federal officials have proposed a new blueprint for prioritizing improvements along the nearly 500-mile-long rail transportation spine for the Northeast. Serving 750,000 riders and 2,000 trains daily, the corridor includes the main Amtrak line from Washington to Boston and feeder lines that serve eight commuter and four freight railroads.

The effort began in 2010, when a commission with members from the eight states and District of Columbia asked the Railroad Administration to create a framework for the billions of dollars needed to improve passenger rail capacity and service through 2040.

Advocates contend the rail corridor faces serious challenges, with its century-old infrastructure, outdated technology and insufficient capacity to meet ridership demands. Some have also warned that tracks, which in many spots in New England hug the coastline, could flood as climate change raises sea levels.

Combined with capacity problems in the densely populated region's highways and airports, worries abound that failing to modernize the rail system could hinder the Northeast's economic future. Some concepts have been applauded by commuters, business groups, and others calling for faster, more frequent and reliable trains.

Acela Express trains, introduced in 2000, provide Amtrak's current high-speed service along the Northeast Corridor. But the trains can reach their highest speeds of 150 mph in only two spots along the entire corridor: in rural Rhode Island and in southeastern Massachusetts.

The proposed 50-mile bypass through southeastern Connecticut and southwest Rhode Island is one of several options for the region; another one includes taking no action at all. The bypass has been projected to help reduce a trip by about 25 minutes. The route would be farther inland, running roughly parallel to the existing rail line and mostly hugging Interstate 95.

Federal rail officials argue the northern end of the Northeast Corridor can't support the traffic it has today, let alone future growth. In addition, trains on the coast east of Old Saybrook must slow down to cross five bridges that lift or swing to allow boats through, as well as to navigate curves. In some spots, speeds drop to 50 mph.

"We don't have what we'd consider true high-speed rail like they have in Europe," said John Flaherty, deputy director of Grow Smart Rhode Island, a transportation advocacy group. "I think that's largely because we don't have the straightaways."

Matthew Lehner, spokesman for the Federal Railroad Administration, insists that concerns are being considered. The agency is required to consider how proposals could affect historic sites.

"We have not yet finalized the recommendation, though we are making progress toward its conclusion," he said last week.

After the railroad administration releases its "preferred alternative route," more detailed environmental reviews will likely follow. Entities including state governments and Amtrak could push a project forward. Even opponents concede the proposals could take decades to fund and build, if at all.

Nowhere is the opposition as vehement as in Old Lyme, a town that made news in 1975 when a cluster of people experienced symptoms now known as Lyme disease. Of the more than 3,200 public comments submitted to the railroad administration, 58 percent came from Connecticut. More than 1,000 were about the potential impact on Old Lyme.

"Leave a piece of our artistic history in peace," wrote Cathleen Adams, a resident.

Many expressed fears about what would happen to the Lyme Academy College of Fine Arts, a small arts school in the crosshairs of the proposed bypass.

"My guess is that this entire campus is gone," said Todd Jokl, the campus dean, standing on the steps of the stately 1817 John Sill House, which houses one of the school's gallery spaces. Details are unclear, but it appears the proposed line would cut across historic Lyme Street, described on the town's website as "a study in American Colonial architecture," with grand homes, boutiques, antique shops, an ice cream parlor and the arts college.