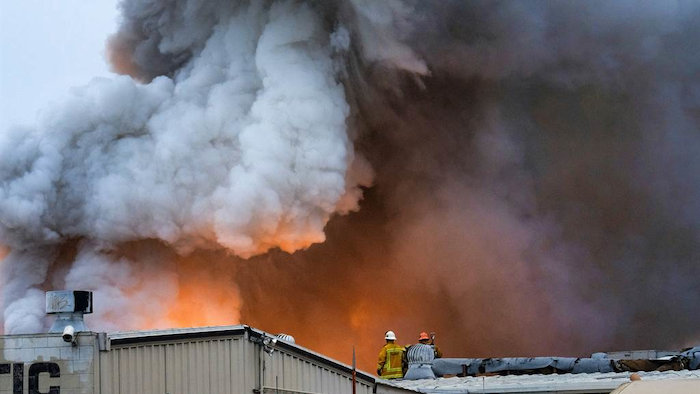 Los Angeles County firefighters watch as an explosions erupts from a commercial fire at a warehouse in Maywood, Calif. (AP Photo/Richard Vogel,File)

The Environmental Protection Agency began Monday a weekslong cleanup at the site of an explosive industrial fire that forced about 300 people from their homes in Los Angeles County last spring.

Officials warned residents that clearing out hazardous debris may send noxious odors into nearby neighborhoods in the city of Maywood.

"EPA will be conducting air monitoring throughout the cleanup and will take measures to ensure contaminants at the site do not pose a health risk," the agency said in a statement.

The magnesium erupted in fireball-like explosions when firefighters poured water on the flames and stubbornly burned for more than a day. Crews ultimately used a dry chemical extinguishing agent. 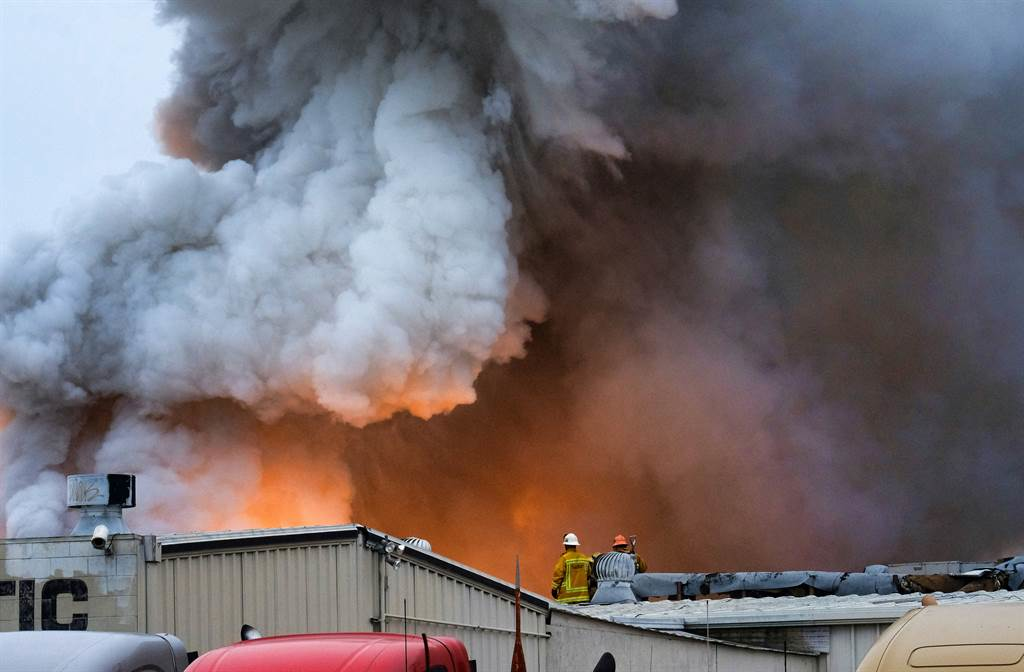 Los Angeles County firefighters watch as an explosions erupts from a commercial fire at a warehouse in Maywood, Calif. (AP Photo/Richard Vogel,File)

More than 300 homes were evacuated during the fire and about 40 had to be cleaned before residents returned.

Crews will install a "debris barrier" to block dust from reaching nearby homes during the cleanup, which could cost as much as $3 million and take eight weeks, the EPA said.

The cleanup comes nearly a month after the recycler, Panda International Trading Co., and its owner, Da Xiong Pan, pleaded guilty to felony charges that they unlawfully disposed of hazardous waste at the site, the Los Angeles Times reported.

The facility had previously been cited for environmental violations, the newspaper said.

A judge sentenced Pan to 16 months in prison, which was reduced to one day in jail and 1,000 hours of community service. The charges were unrelated to the fire.