The order says the phones may not be carried on board or packed in checked bags on flights to and from the United States or within the country. 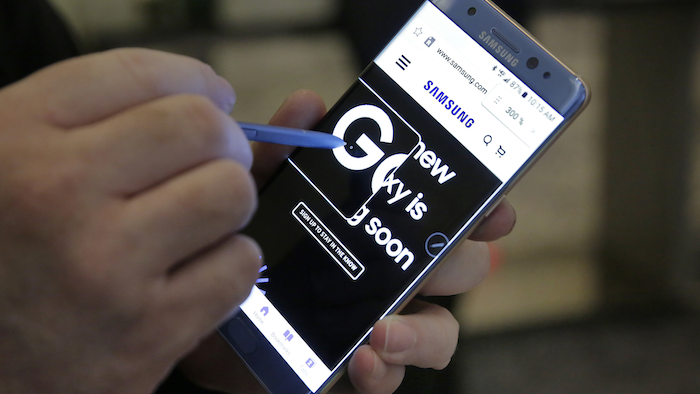 Passengers and flight crews will be banned from bringing Samsung Galaxy Note 7 smartphones on airline flights under an emergency order issued Friday by the Department of Transportation in response to reports of the phones catching fire.

The order, which goes into effect on Saturday at noon EDT, says the phones may not be carried on board or packed in checked bags on flights to and from the United States or within the country. The phones also can't be shipped as air cargo.

Passengers caught attempting to travel with the phones will have the phones confiscated and may face fines, the department said.

Samsung has recalled more than 2.5 million of the smartphones, citing a battery manufacturing error. The South Korean company discontinued the product earlier this week, less than two months after its August release.

The Consumer Product Safety Commission says there have been nearly 100 reports of batteries in Note 7 phones overheating in the U.S. One fire erupted on a Southwest Airlines flight earlier this month. In another case, a family in St. Petersburg, Florida, reported a Galaxy Note 7 phone left charging in their Jeep caught fire, destroying the vehicle.

The Federal Aviation Administration had previously warned passengers not to pack the phones in their checked bags and to power them off and not charge them while on board planes.

"We recognize that banning these phones from airlines will inconvenience some passengers, but the safety of all those aboard an aircraft must take priority," said Transportation Secretary Anthony Foxx. "We are taking this additional step because even one fire incident inflight poses a high risk of severe personal injury and puts many lives at risk."

Samsung said in a statement that it is working with the department to make customers aware of the ban. The company also urged Note 7 customers to get a refund or exchange their phones by visiting their phone service provider or retail store. 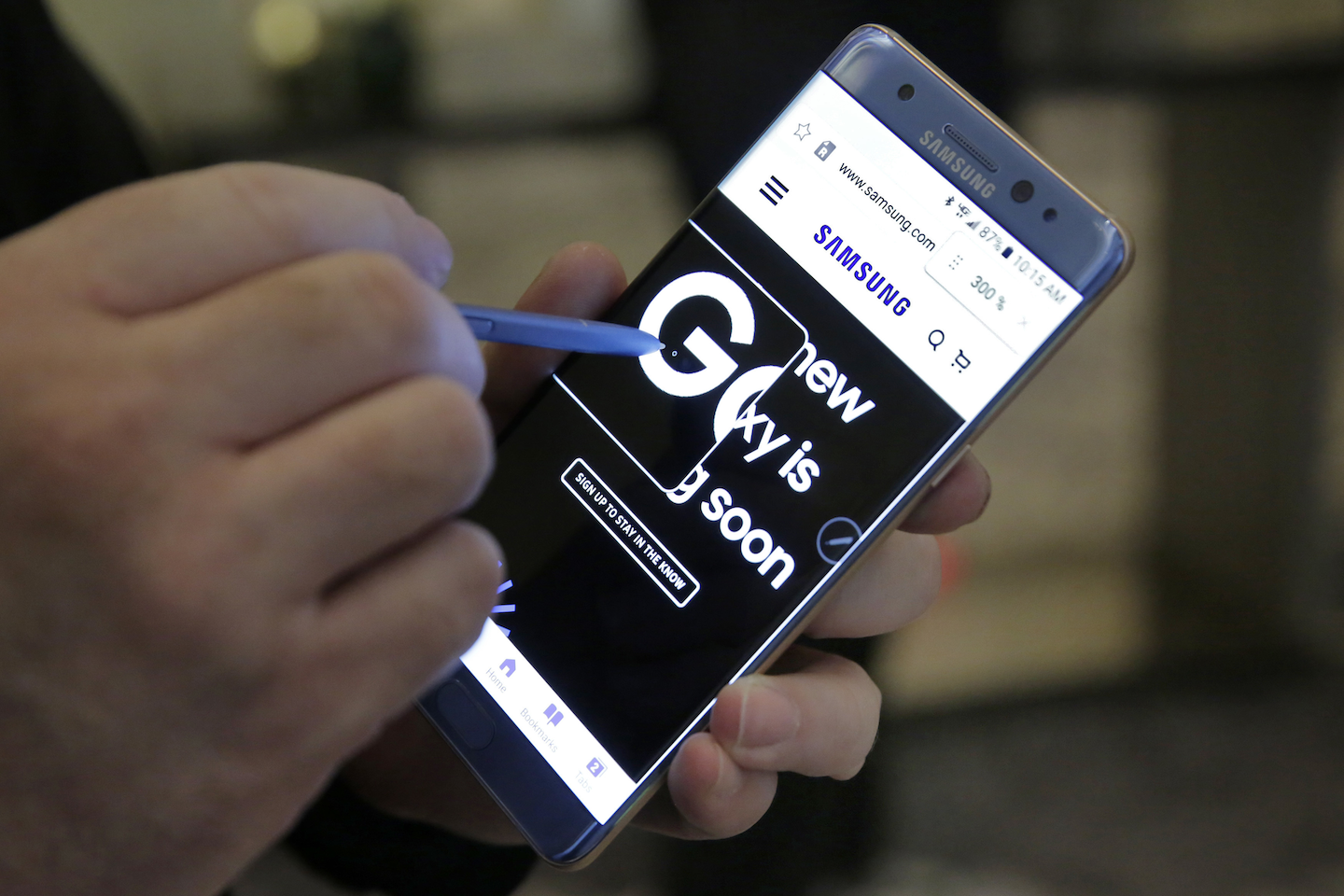 The Note 7 isn't the only gadget to catch fire thanks to lithium-battery problems, which have afflicted everything from laptops to Tesla cars to Boeing's 787 jetliner. At least three U.S. airlines are adding new fire-suppression equipment to fleets in case a cellphone or laptop battery overheats, catches on fire and can't be extinguished.

Rechargeable lithium batteries are more susceptible to overheating than other types of batteries if they are exposed to high temperatures, are damaged or have manufacturing flaws. Once overheating starts, it can lead to "thermal runaway" in which temperatures continue escalating to very high levels. Water can extinguish the flames, but doesn't always halt the thermal runaway. Flames will often reappear after initially being quenched.

Lithium batteries are ubiquitous in consumer electronic devices. Manufacturers like them because they weigh less and pack considerably more energy into the same space than other types of batteries.

Earlier this year, the International Civil Aviation Organization, a U.N. agency that sets global aviation safety standards, banned bulk shipments of rechargeable lithium-ion batteries as cargo on passenger planes until better packaging can be developed to prevent a fire from spreading and potentially destroying the plane.