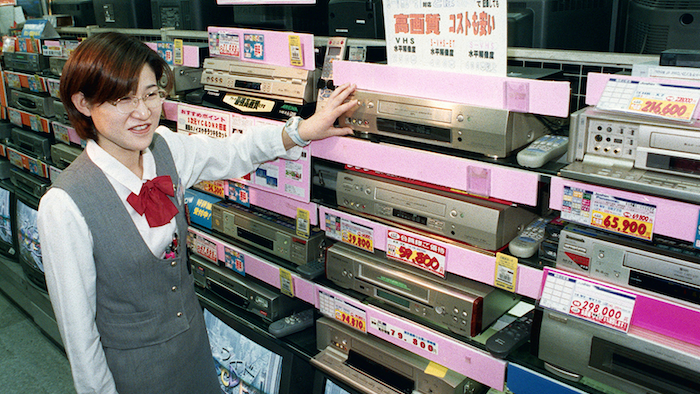 In this Oct. 31, 1998 photo, a salesclerk shows high quality VHS video casette recorders at a home and electrical appliance store in Osaka. (Kyodo News via AP, Japan Out)

A company spokesman, who requested anonymity citing company practice, confirmed Monday that production will end sometime this month, although he would not give a date.

He said the company wanted to continue production to meet customer requests, but can't because key component makers are pulling out due to shrinking demand for VCRs.

Many families and libraries have content stored in the VHS format and want to convert the tapes to DVD or other digital disks.

They can do so using VHS/DVD converters, known as "combos" in Japan. Funai will be rolling out such products later this month, the spokesman said.

Funai's VCR factory, which is in China, is off-limits to media coverage for security reasons because other products are made at the same plant, he said.

Funai began making videotape players in 1983, and videotape recorders in 1985. The company says they were among its all-time hit products.

Last year, Funai made 750,000 VHS machines that played or recorded cassette tapes. In 2000, it made 15 million of them, 70 percent for the U.S. market, according to the company, based in Osaka, central Japan.

Other products have also grown outdated with the advance of digital and other technology. That includes film cameras and floppy disks once used to store computer content, which were displaced by smaller memory devices with larger capacity and by cloud storage. 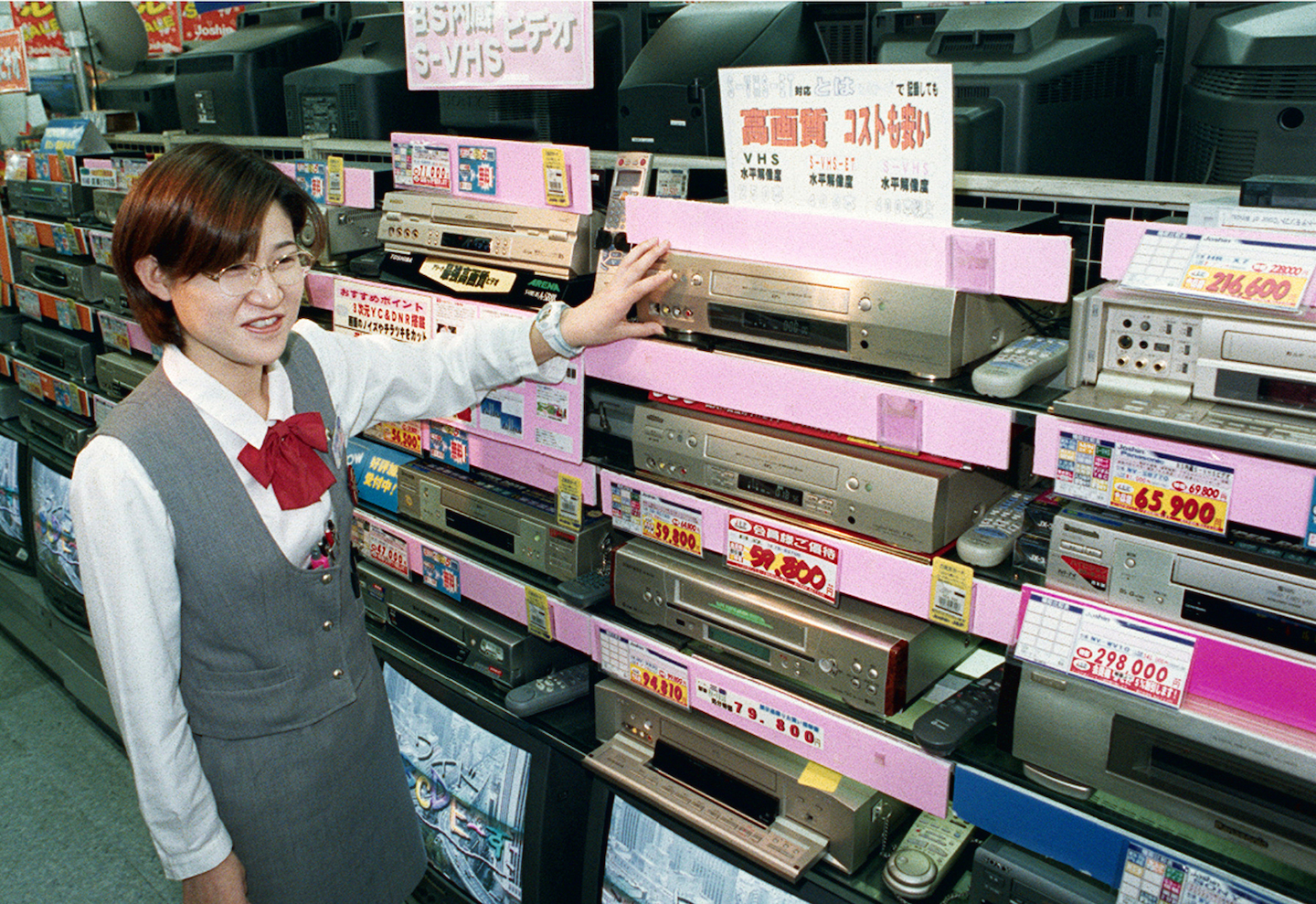 In this Oct. 31, 1998 photo, a salesclerk shows high quality VHS video casette recorders at a home and electrical appliance store in Osaka. (Kyodo News via AP, Japan Out)

Funai will continue selling VCRs through its subsidiary until inventory runs out and will provide maintenance services as long as it can, the company spokesman said.

Videotapes can still be converted using VHS-DVD recorder-players made by other, mostly Chinese, companies. Secondhand products abound in Tokyo's electronics district as well. But a time may come when all such options also disappear.