No one was injured in the derailment, but the tiny town of Mosier, Oregon, was evacuated after four cars caught fire. 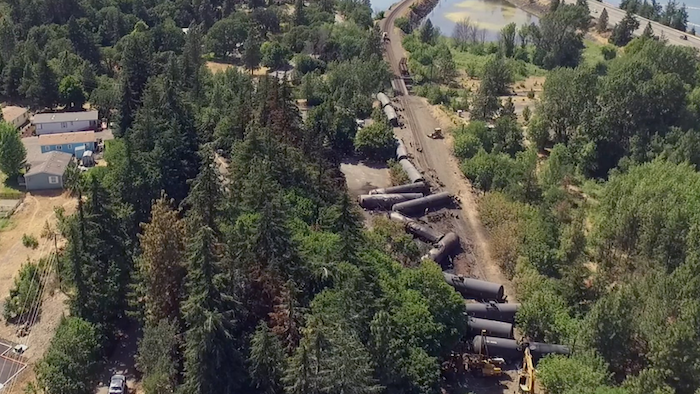 At least one broken bolt holding the rail in place caused the fiery derailment of a Union Pacific train moving volatile crude oil through the Columbia River Gorge on the Oregon-Washington border, railroad officials say.

Union Pacific spokesman Justin Jacobs said Saturday that the company filed a report Friday with the Federal Railroad Administration citing one or more broken bolts as the cause of the June 3 derailment.

"We are unaware of any time when this has happened in the past," Jacobs said. "This is an unusual failure."

He said there's no evidence of malevolent activity by anyone to damage the tracks.

"There's nothing to indicate that would be the case," he said.

The type of bolt that broke is unique in that it's only used on curved sections of track, Jacobs said. He noted the train was going 26 mph in a 30 mph zone so it's not clear why the bolt failed. As a result, he said, the company is now in the process of checking similar bolts in curved sections of its 32,000 miles of track in 23 states.

No one was injured in the derailment, but the tiny town of Mosier, Oregon, was evacuated after four cars caught fire. Of the 96 cars all loaded with crude oil, more than a dozen derailed. 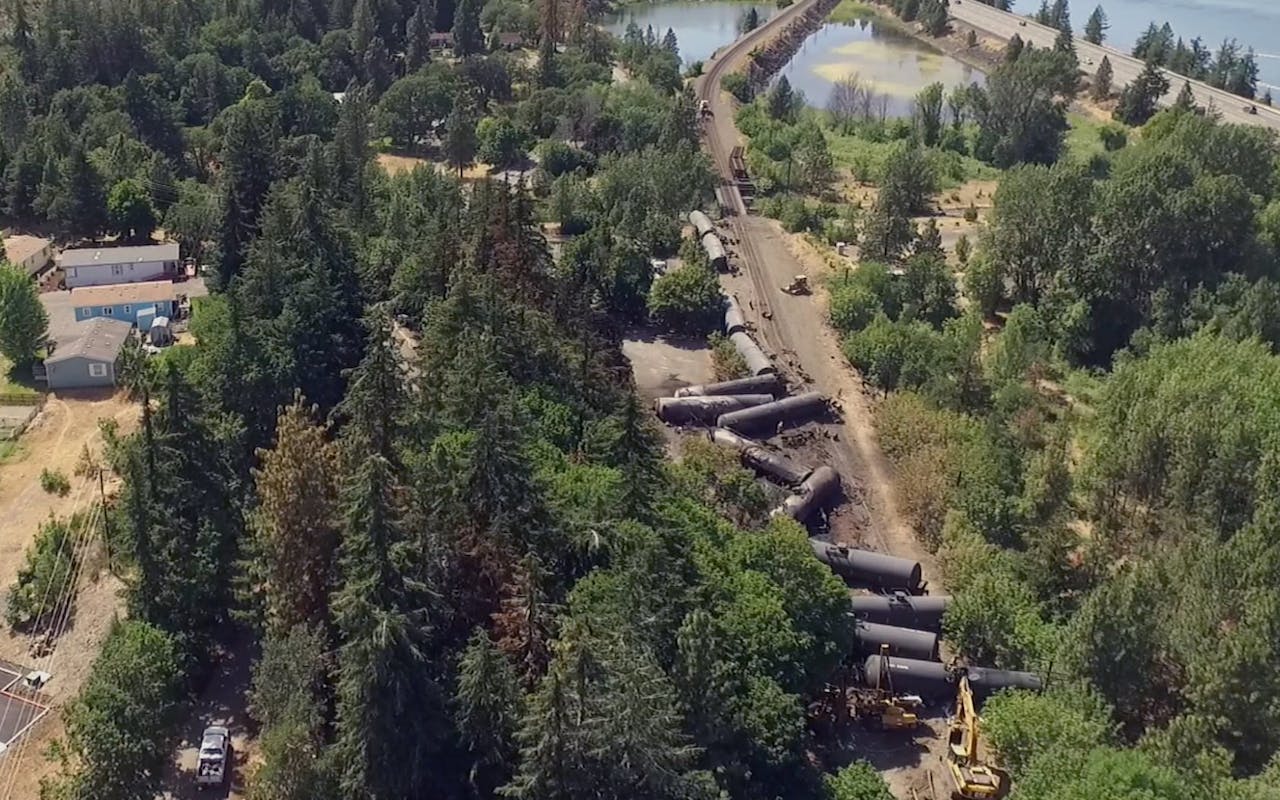 Mosier Fire Chief Jim Appleton, who fought the blaze after the derailment, said he appreciated Union Pacific's maintenance and safety procedures but the risk of one broken bolt resulting in such a disaster or potentially worse disasters means regulators should not allow shipments of crude oil to travel by train through the area.

Officials have said 42,000 gallons of crude oil were released in the derailment of the unit crude oil train, called such because it hauled only one type of commodity. About 10,000 gallons were recovered in wastewater systems, while the rest was burned off, captured by booms or absorbed into soil.

Jacobs said bolts in that section of track, following the derailment, have been replaced with heavier duty bolts.

He also said inspections have been increased in the Columbia River Gorge from once every 18 months to four times a year. He said the broken bolt possibly escaped detection because the break occurred out of sight. He said the testing going on now on the company's network of tracks is much more labor intensive and will detect broken bolts.

Union Pacific has temporarily halted sending unit crude oil trains through the area, and it's not clear when they will resume.

"We will notify the community before we start running unit crude oil trains through the gorge," Jacobs said.