Michigan Urges Toughest Lead Rules In US After Flint Crisis 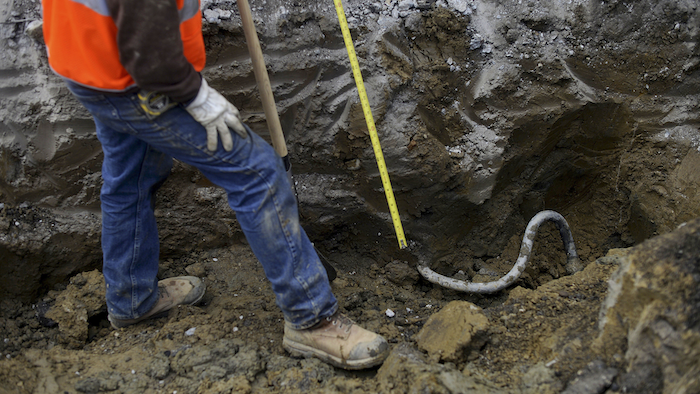 Michigan would have the toughest lead-testing rules in the nation and require the replacement of all underground lead service pipes in the state under a sweeping plan that Gov. Rick Snyder and a team of water experts unveiled Friday in the wake of Flint's water crisis.

Other proposals include requiring utilities to test all schools, day care centers, nursing homes and similar facilities — not just some people's houses — and the mandatory disclosure of lead plumbing in home sales and rental contracts.

The plan was given to The Associated Press before it was presented to a committee that Snyder appointed to work on long-term fixes related to Flint's lead-tainted water crisis. It is unclear how much the proposal will cost, and the policy workgroup purposely did not take funding into account.

The Republican governor said at Friday's meeting in Flint that he wants a "marker in the ground," and he expects the plan to generate legislative debate and a better accounting of cost considerations.

Under U.S. Environmental Protection Agency rules, water systems across the country must take steps to control corrosion if lead concentrations exceed 15 parts per billion in more than 10 percent of customer taps sampled. Michigan would move by 2020 to a limit of 10 parts per billion — in line with the World Health Organization's standard.

The federal lead standard is "dumb and dangerous," Snyder said. The governor, who has apologized for his administration's failures in the Flint disaster, noted that the EPA will not propose revisions until 2017, saying: "Let's set a higher standard faster."

The impoverished city of nearly 100,000 residents is under a monthslong state of emergency. Residents are urged to use faucet filters or bottled water until damaged pipes are effectively recoated with anti-corrosion chemicals that were not used for 18 months after Flint temporarily switched water sources to the local river in 2014 while under state financial management.

Dangerously high levels of the metal were detected in the blood of some residents, including children, for whom it can cause lower IQs and behavioral problems.

"We gathered the right group of experts to come up with a solution that we need for Michigan but that can be translated nationwide," said Mike Zimmer, Snyder's cabinet director and a panel member who helped devise the proposed changes with a group that includes water experts such as Virginia Tech professor Marc Edwards. 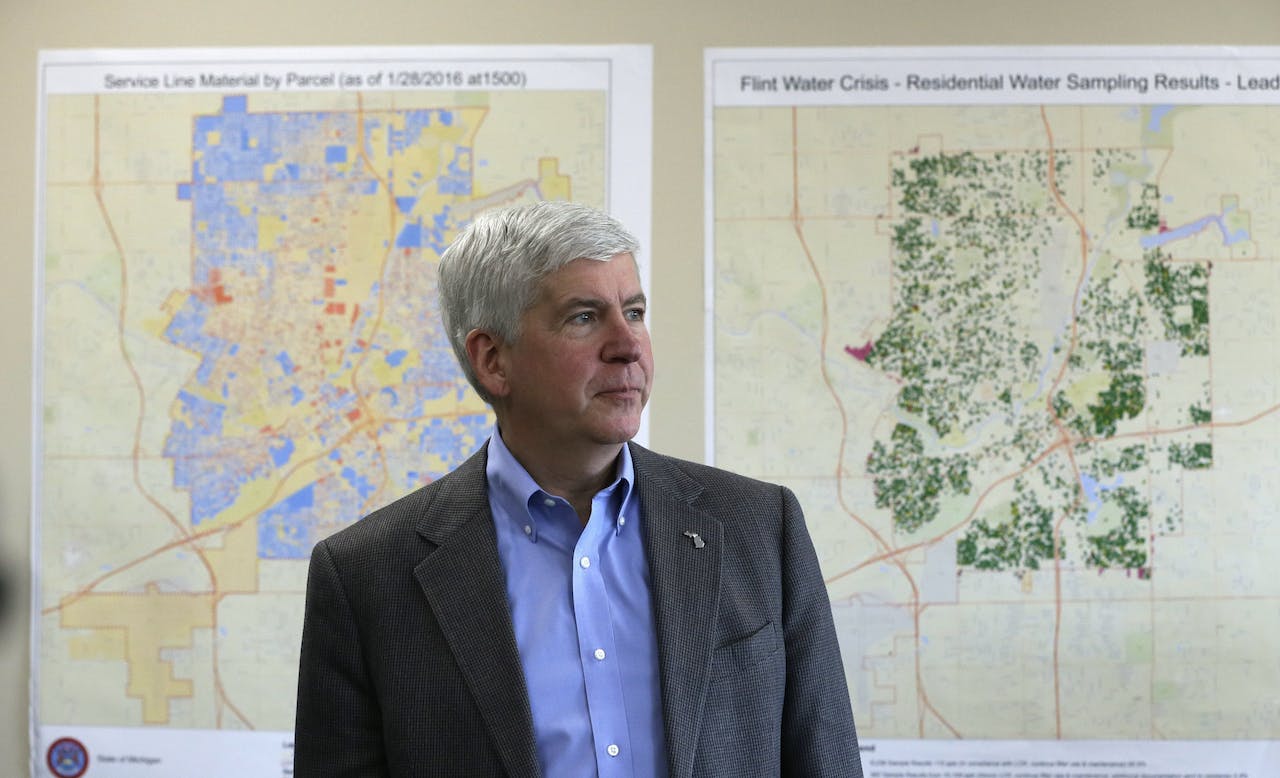 Michigan is estimated to have 460,000 lead lines running from water mains to homes and buildings in older neighborhoods, third-most in the U.S. behind only Illinois (730,000) and Ohio (650,000), according to the American Water Works Association.

Zimmer cited a recent AP analysis of EPA data that found that nearly 1,400 water systems serving 3.6 million Americans exceeded the federal lead standard at least once from January 2013 through September 2015. Just a fraction of schools and day care centers nationwide are required to check for lead because most receive their water from municipal systems that test at other locations.

Just this week, Detroit's school district reported elevated levels of lead and copper in nearly a third of its elementary schools due to testing that was prompted by the crisis in Flint.

A key goal is to make Michigan's lead and copper rule "citizen-centric," Zimmer said, by implementing more stringent and broader notification requirements, requiring public education campaigns and forming state and local advisory commissions to give the public a say in water protection.

The proposal also would require:

— Water systems to tell individual customers that their lead levels exceed the action level within two days instead of the current 30. Households with particularly high levels — 40 parts per billion or above — would receive blood testing.

— Yearly testing. Loopholes would be removed to ensure enough samples are taken and that sampling protocols are consistent.

— Larger utilities that are now above the federal lead limit to take more specific steps when analyzing how to "optimize" their corrosion control treatment to prevent lead from leaching into the water like it did in Flint.

— Each water system to fully replace old pipes within 10 years unless the state authorizes more time. Partial replacement of a line — which can occur when a utility owns a portion near the street while the rest is the homeowner's responsibility — would be prohibited. Researchers have found that removing just part of a line can actually make lead exposure worse. 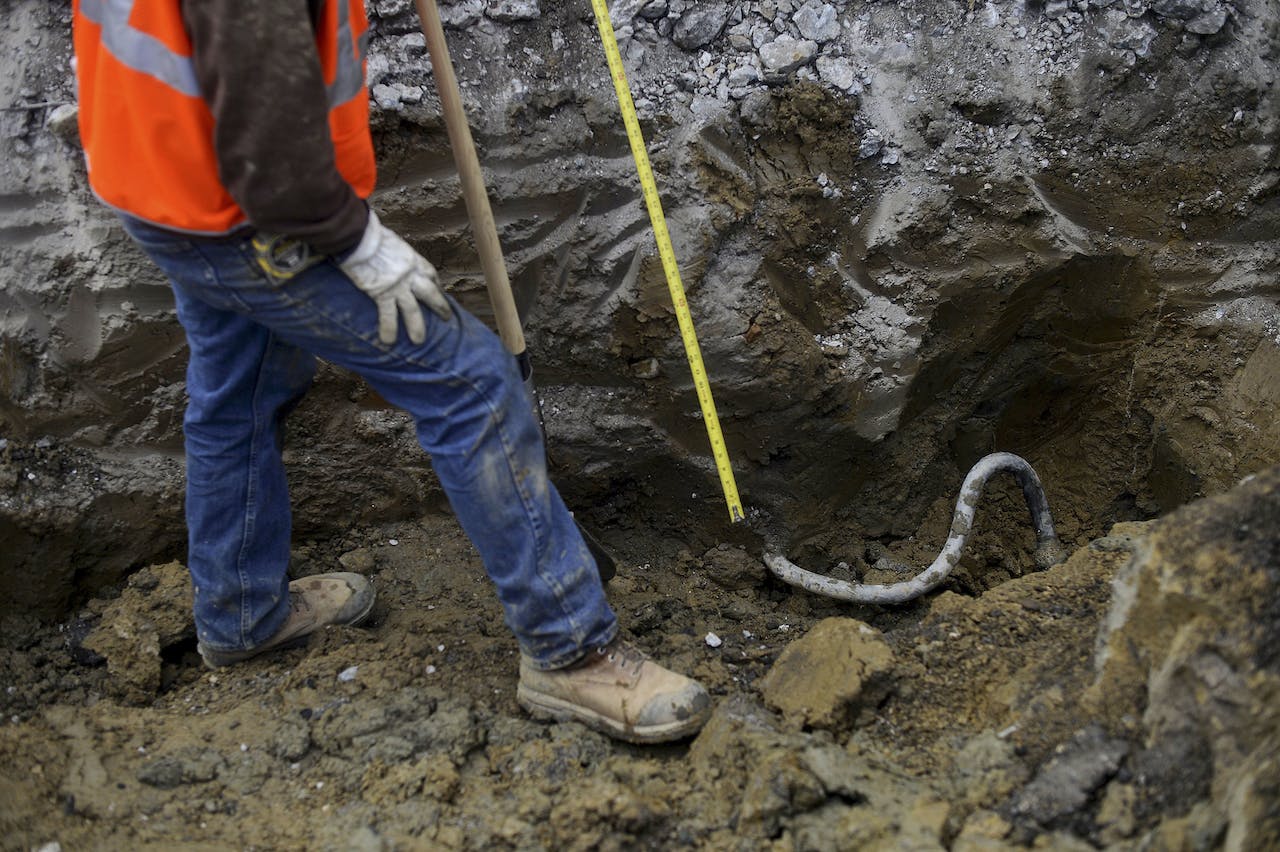 The Snyder administration is still studying which proposals it could implement single-handedly and which would need legislative approval.

Flint City Administrator Sylvester Jones, who sits on the 17-member panel, said the recommendations are "really strong." But he asked how much a community like Flint would need to spend to be in compliance. He suggested first initiating a pilot to better understand the financial impact.

"We recognize there will be cost implications," Zimmer said. "But again, our charge was to come up with the strongest, most effective LCR to further the national model. ... At some point you're talking about health."

The governor in February asked lawmakers for $25 million to replace Flint's service pipes and an additional $165 million for statewide infrastructure improvements, at least a portion of which could upgrade lead lines elsewhere. Flint, which according to one estimate has at least 8,000 of the pipes, has replaced 33.

The city initially estimated it could cost $3,650 per pipe, but it ended up being higher in the pilot stage, spokeswoman Kristin Moore said.

Michael McDaniel, a committee member tasked with coordinating the city's pipe replacements, advocated for a lead standard of 5 parts per billion to ensure Michigan is "cutting edge, leading the nation."