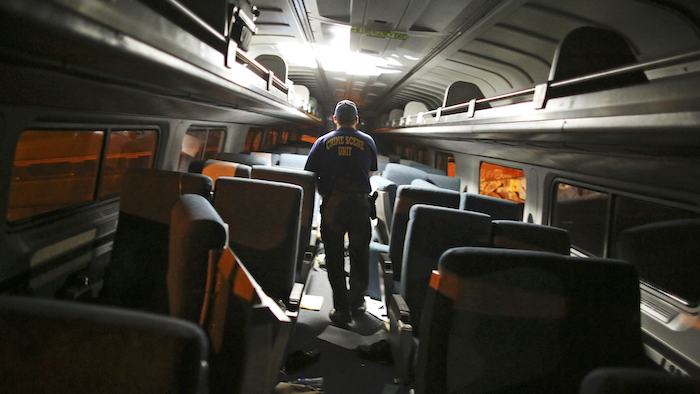 Three of the biggest freight railroads operating in the U.S. have told the government they won't meet a 2018 deadline to start using safety technology intended to prevent accidents like the deadly derailment of an Amtrak train in Philadelphia last May.

Canadian National Railway, CSX Transportation and Norfolk Southern say they won't be ready until 2020, according to a list provided to The Associated Press by the Federal Railroad Administration. Four commuter railroads — SunRail in Florida, Metra in Illinois, the Massachusetts Bay Transportation Authority and Trinity Railway Express in Texas — also say they'll miss the deadline.

The technology, called positive train control or PTC, relies on GPS, wireless radio and computers to monitor train positions and automatically slow or stop trains that are in danger of colliding, derailing due to excessive speed or about to enter track where crews are working or that is otherwise off limits.

The other four other Class I freight railroads that operate in the U.S. — Union Pacific, BNSF, Canadian Pacific and Kansas City Southern — and more than a dozen commuter railroads have told the agency they will meet the 2018 deadline.

Railroads were required to inform the government of their plans by last week. 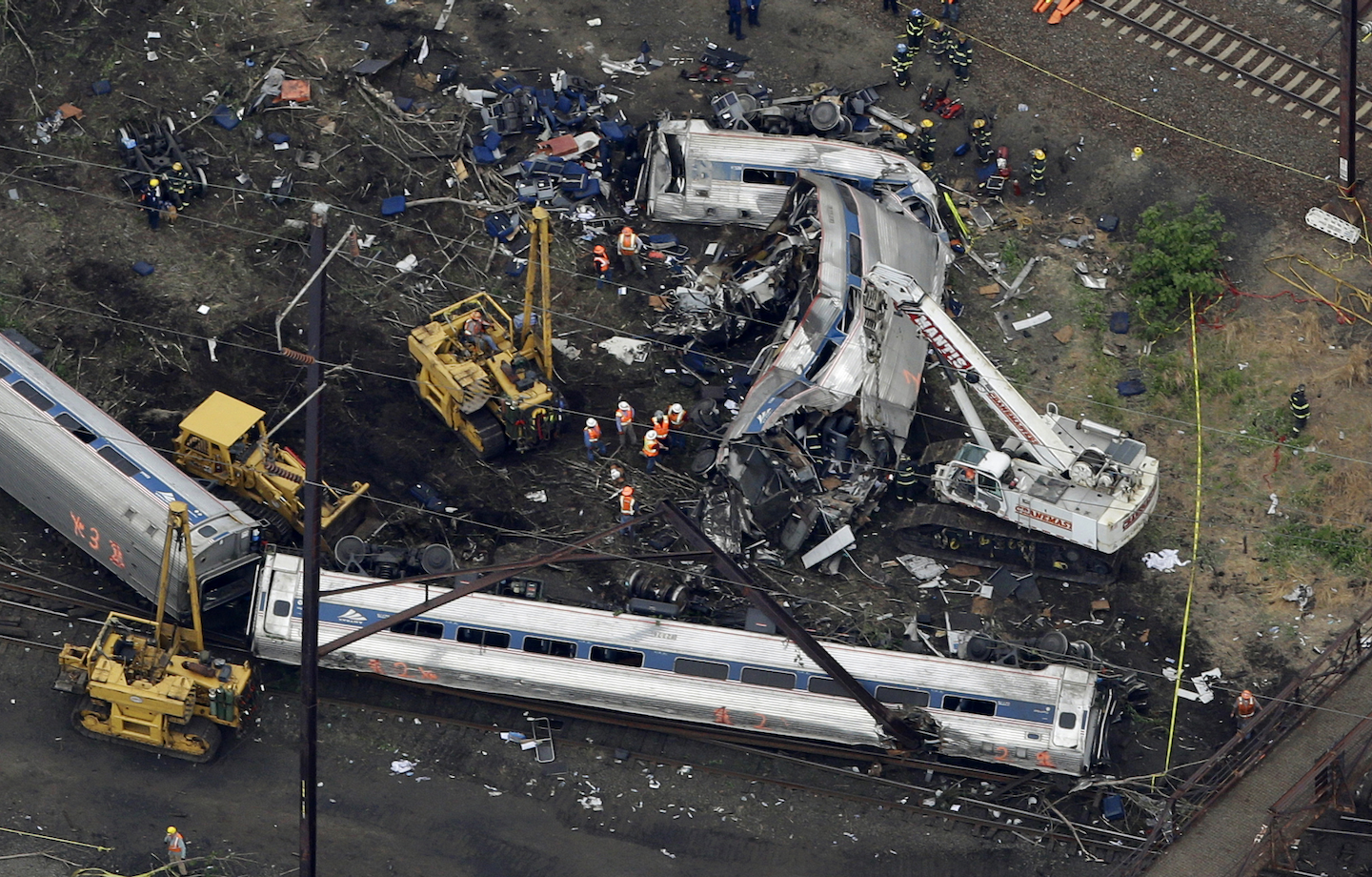 PTC relies on GPS, wireless radio and computers to monitor train positions and automatically slow or stop trains that are in danger of colliding, derailing due to excessive speed or about to enter track where crews are working or that is otherwise off limits. The technology is aimed to prevent accidents similar to Amtrak's deadly derailment last year. (AP Photo/Patrick Semansky, File)

Amtrak, the nation's only long-distance passenger carrier, began operating a version of the technology on all tracks that it owns in its Northeast Corridor between Washington and Boston and in some other parts of the country in December. But most of Amtrak's operations outside the Northeast take place on tracks belonging to freight railroads, making it dependent on them to install the technology. Many commuter railroads are in the same position.

After a 2008 collision between a commuter train and a freight train in Chatsworth, California, killed 25 people, Congress passed a law requiring railroads to start using the expensive technology on all tracks that carry passenger trains or that are used to haul liquids that emit toxic gas if spilled.

The deadline for the change was Dec. 31, 2015. But after it became clear nearly all railroads would miss the deadline, Congress passed another law in October extending it to Dec. 31, 2018. That law also permits the government to grant waivers through Dec. 31, 2020, to railroads that meet certain criteria.

FRA Administrator Sarah Feinberg warned railroads after the law passed that she wanted them to start using the technology by 2018 at the latest, and that she would be very reluctant to grant waivers. The industry's allies responded by quietly slipping a provision into a transportation bill in November that limits her ability to deny waivers.

"We are encouraged that many railroads have submitted plans to meet, some even to beat, 2018," Feinberg told the AP. "But we remain concerned that several other freight and passenger railroads are aiming for 2020." The agency plans to publish quarterly reports beginning later this year that detail each railroad's progress in implementing the technology. 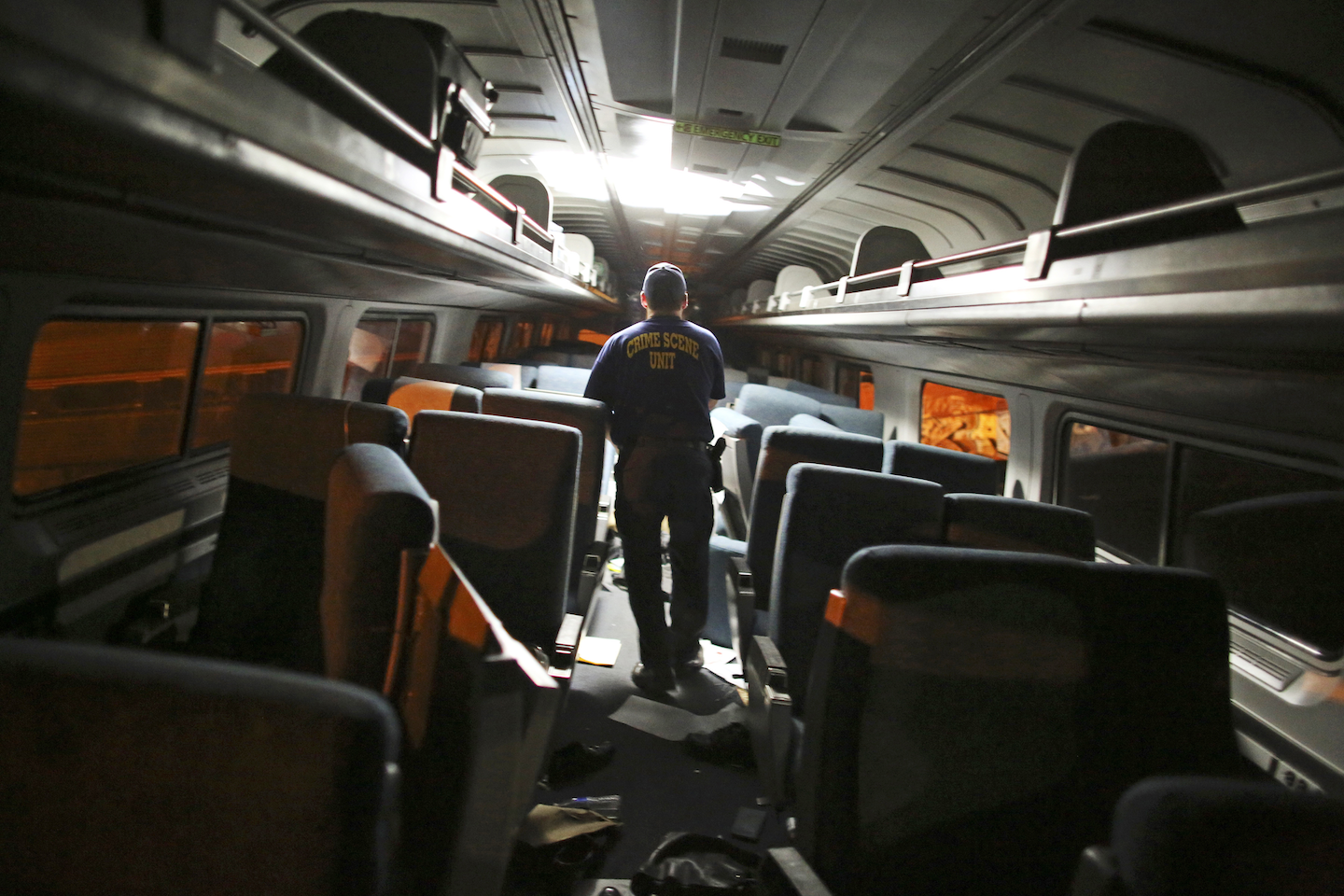 Freight railroads have spent about $6 billion on the technology so far and estimate they will ultimately spend close to $10 billion, according to the Association of American Railroads.

"The PTC technology being installed is revolutionary and is a full-time focus of the nation's freight railroads, their employees, manufacturers, software designers and safety experts," said Ed Greenberg, a spokesman for the association.

The National Transportation Safety Board says that since 1969 it has investigated 145 rail accidents, in which 288 people were killed and 6,574 others injured, that could have been prevented by positive train control. Board officials said adoption of PTC is the most effective safety improvement railroads can make. The board has been pushing for installation of such technology for more than four decades.

The most recent fatal and preventable crash was Amtrak 188, which was traveling at twice the speed limit as it entered a curve in Philadelphia and derailed on May 12. Eight people were killed and more than 200 injured.

Freight railroads will ultimately be required to install PTC on an estimated 60,000 miles of track. Railroads say the process is extraordinarily complex, in part because the law requires that whatever PTC system they adopt be compatible with the systems adopted by other railroads that use their tracks. Most large freight railroads operate on the tracks of other freight companies as well as their own. Amtrak and commuter railroads often operate on freight tracks as well.