VW To Offer Quick Fix For Diesel Engines In Europe

VW says it will take less than an hour to bring 1.6 and 2.0 liter turbodiesel engines into compliance. 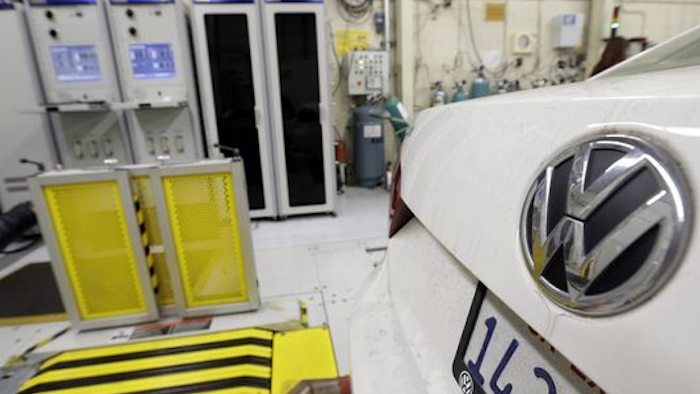 Volkswagen says it will take less than an hour to bring 1.6 and 2.0 liter turbodiesel engines in Europe into line with emissions rules.

The German automaker has pledged to fix 11 million vehicles worldwide that were discovered to contain software that enables them to cheat on emissions tests for nitrogen oxide.

Volkswagen said in a statement Wednesday that in Europe the 2.0 liter EA 189 engine will require only a software update taking half an hour to install.

It says the 1.6 liter engine will be fitted with a grid to improve the motor's efficiency, taking less than an hour.

Volkswagen says the measures only cover Volkswagen-branded models in Europe and should be completed by the end of next year. A proposal for the 1.2 liter models will follow.