Chipotle: Pork Back In 90 Percent Of Locations

The Mexican food chain stopped serving pork at about a third of its restaurants in January after it said one of its suppliers violated its animal welfare standards. 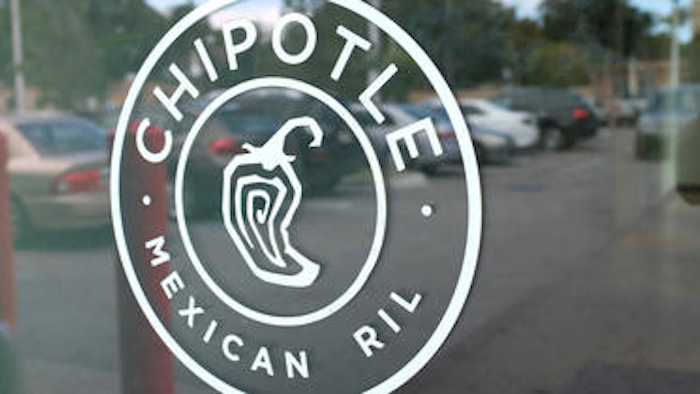 Chipotle says carnitas are back on the menu at 90 percent of its restaurants, and that the pork's return to all U.S. restaurants should be complete by the end of November.

The Mexican food chain had stopped serving pork at about a third of its restaurants in January after it said one of its suppliers violated its animal welfare standards. Chipotle has not disclosed the supplier in question, but said the violation centered on how it was housing its pigs.

Chipotle Mexican Grill Inc. has enjoyed strong sales growth and expansion by marketing itself as a more wholesome alternative to places like McDonald's and Taco Bell. As of June 30, the Denver-based company had 1,878 restaurants, most of them in the United States.

The restaurants that still don't have pork are in the Cleveland and Atlanta areas, as well as in North Carolina and South Carolina, the company said. Chipotle said it has been working with existing suppliers as well as Karro Food in the United Kingdom to restore supplies.

The company says it does not allow its pork suppliers to use gestation crates or antibiotics, and that pigs have to be given access to the outdoors. That makes it difficult to secure enough pork, it says.

Despite the stress it can cause on supply, Chipotle has also benefited from touting its animal welfare standards, which help differentiate it from other fast-food chains and make customers feel good about visiting its restaurants. But some have criticized the company's marketing as manipulative.

Chipotle estimates that the pork shortage reduced sales at established locations by about 2 percent. Carnitas account for about 6 to 7 percent of entree orders, according to the company. Chicken is by far the most popular topping, followed by steak.