The energy company described it as the "largest-ever" found in the Mediterranean Sea. 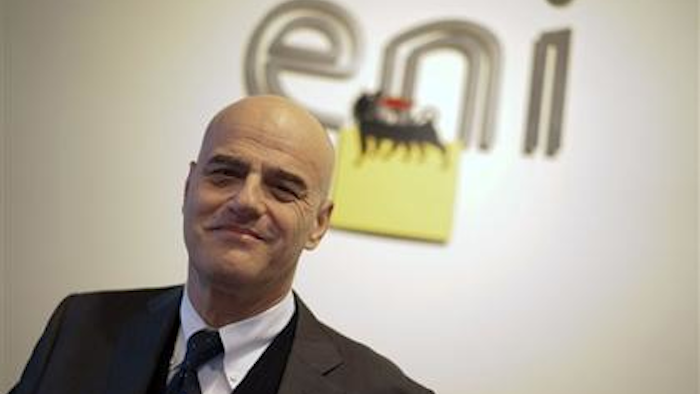 The Italian energy company Eni SpA announced Sunday it has discovered a "supergiant" natural gas field off Egypt, describing it as the "largest-ever" found in the Mediterranean Sea.

Eni said the discovery — made in its Zohr prospect "in the deep waters of Egypt" — could hold a potential 30 trillion cubic feet of gas over an area of 100 square kilometers (38.6 square miles).

"Zohr is the largest gas discovery ever made in Egypt and in the Mediterranean Sea and could become one of the world's largest natural gas finds," Eni said in a statement. "The discovery, after its full development, will be able to ensure satisfying Egypt's natural gas demand for decades."

"Eni will immediately appraise the field with the aim of accelerating a fast-track development of the discovery," the energy company said.

Descalzi was quoted by Eni as saying that the discovery reconfirms that "Egypt still has great potential" energy-wise. He said "important synergies with the existing infrastructures can be exploited, allowing us a fast production startup."

Eni has been in Egypt since 1954 through its subsidiary IEOC. It is the main hydrocarbon producer in Egypt, with a daily equity production of 200,000 barrels of oil equivalent, the company said.

Egypt's petroleum ministry said that the find was equal to about a third of Egypt's current gas reserves.

"The Egyptian government is very happy with this find," ministry spokesman Hamdi Abdelaziz said, adding that the gas would be extracted for domestic consumption only.

The government cannot yet place a monetary value on the discovery, he said.