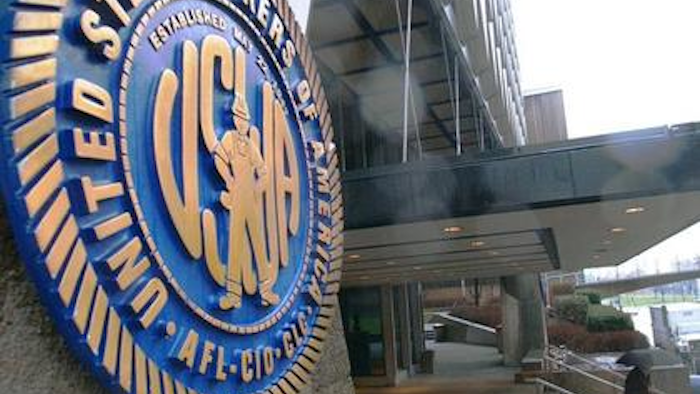 Analysts, however, said that steel companies appear to be holding firm on demands to curb labor costs, and that the union doesn't have much leverage to combat them in what all sides agree are tough times for the industry.

“Management at these companies are reading the tea leaves that they're going to have to take a harder stance,” University of Pittsburgh business professor John Delaney told the Pittsburgh Tribune-Review.

Last week, Allegheny Technologies Inc. locked out more than 2,000 workers at plants in six states whose contract expired at the end of June.

This week, the USW officials issued materials to thousands of members at U.S. Steel and ArcelorMittal plants in anticipation of potential work stoppages when those contracts expire next month.

USW members also rallied outside plants across the country this week, with some rank-and-file workers acknowledging that a stoppage is likely.

"I have no doubt it will come to a strike," Larry Ryder, a longtime ArcelorMittal worker in East Chicago, Indiana told the Chicago Tribune.

Union officials anticipated difficult talks at the onset of negotiations earlier this summer. The steel industry was hammered in recent years by an influx of cheaper imports, and the collapse in oil prices and the strong dollar further hampered the sector this year.

But USW leaders said that company officials should not respond to the challenging economic conditions by enacting sweeping cuts in benefits won by their predecessors.

"We recognize that this is a difficult time for the steel industry, but we also recognize that for generations, these have been good, middle-class jobs," USW President Leo W. Gerard said in a statement. "It is important that we make sure that remains true for our generation and for those who come after us."

Steel producers responded that labor costs need to be reduced to compete with foreign rivals; ArcelorMittal argued that "the USW response would actually increase benefit costs."

Industry experts, meanwhile, said the current state of the industry would likely allow the companies to endure a protracted strike.

"The market is really down, so if they want to get something from the union in terms of a reduction in costs, now is the time to do it," Pittsburgh business professor James Craft told Pittsburgh Business Times‎. "Now is the time they are going to lose the least market share and sales if they take the initiative to put pressure on the union."