It's part of a government program designed to promote plant-based materials. 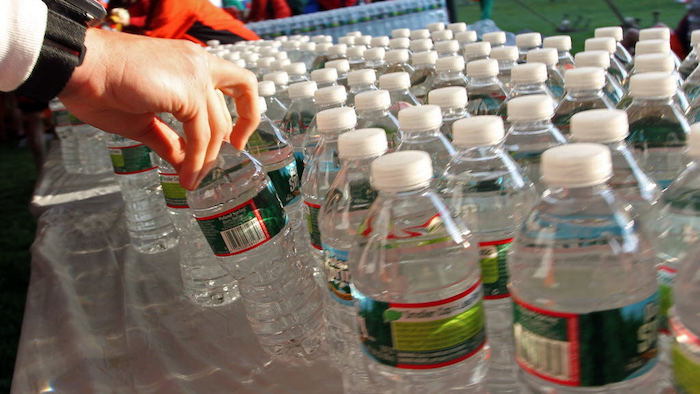 A program designed to promote ethanol and biodiesel fuels will be expanded to companies using plant-based plastic, rubber and fiber in manufacturing products such as bottles and packaging, the U.S. Agriculture Department said on Wednesday.

The USDA is proposing in a new agency rule to add manufacturers of these plant-based products to a loan guarantee program that has provided more than $844 million for 10 biofuel projects since 2008. Loan guarantees allow companies building new plants to borrow money at lower interest rates. Under the proposed new rules loans of up to $250 million will be offered to projects involving development of plant-based materials for manufacturing, Agriculture Secretary Tom Vilsack said.

The rule expanding the program, authorized in last year's farm bill, will become final on June 23.

It's part of a government program initiated by President Barack Obama designed to promote replacement of petroleum in plastic, rubber and fiber with plant-based materials.

A report released Wednesday by the USDA said the plant-based materials industry created four million jobs and contributed $369 billion to the nation's economy in 2013.

The report, mandated in the 2014 farm bill and commissioned by the USDA was researched and written by professors at Duke University and North Carolina State University.

It details how the agency's BioPreferred program, created in the 2002 Farm Bill, has driven new development by requiring government agencies to use their purchasing power to buy when possible products made with plant-based materials. The program also has initiated a labeling program which identifies more than 2,200 products as USDA certified bio-based materials. The program was part of Obama's initiative to revitalize and modernize the rural economy, Agriculture Secretary Tom Vilsack said.

The report said the industry making products from plant-based materials has displaced 300 million gallons of petroleum a year, which Vilsack said is the equivalent from an emissions standpoint of removing 200,000 cars off the road.

Oil and natural gas industry trade group American Petroleum Institute declined to comment on the expansion of the program.

"I don't understand if these products are so wonderful why they need to be subsidized," he said. "I caution you that if the argument is that these result in fewer net emissions of greenhouse gases, that proposition is pretty shaky."

Some U.S. companies, embracing plant-based materials research, have been studying alternatives to petroleum based fibers, foams and rubbers for several years.

The Coca Cola Company is one example of a company that has researched and developed bio-based products. The company makes all of its bottles from a fully recyclable plastic, one-third of which is plant based. Earlier this year the company unveiled a bottle made entirely from bio-based materials and its ultimate goal is to have a 100 percent recyclable plant-based plastic bottle. The company currently uses Brazilian sugarcane and is researching other plant-based materials.

Since 2009 the company said it has distributed more than 30 billion PlantBottle packages in nearly 40 countries, saving more than 30 million gallons of gas and eliminating 270,000 metric tons of carbon dioxide emissions, the equivalent to the amount emitted from burning more than 630,000 barrels of oil.

The Coke bottle material is used by Ford Motor Co. in the interior fabric of its Fusion Energi hybrid electric/gas engine car.

Ford also uses soybean-based oil to replace about 12 percent of petroleum-based materials used in the foam inserted in seat cushions. More than three million Ford vehicles have some soy foam in them, the company said.

Closer to the farm, tractor maker John Deere uses panels made of half soy oil and half corn ethanol in body components of combines and small agricultural tractors once made solely with petroleum-based polymers.