President Obama says that it is a public safety concern. 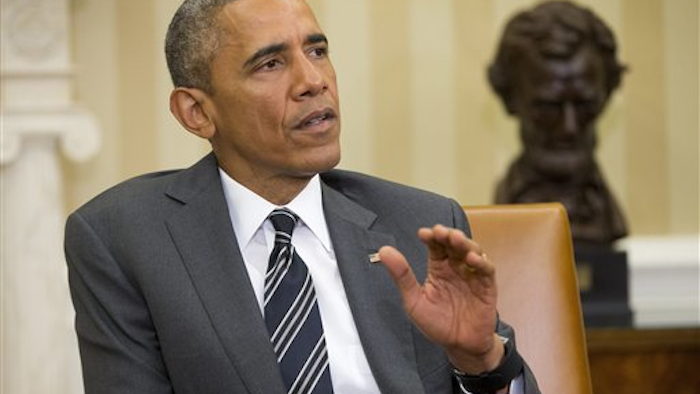 Barring a last-minute compromise when the Senate returns for a rare Sunday session, that specific provision of federal law will sunset at midnight May 31.

The Republican-controlled House overwhelmingly passed the White House-backed USA Freedom Act that would end bulk collection of telephone records by the National Security Agency but preserve its ability to search the records held by the phone companies on a case-by-case basis.

Obama urged Senate lawmakers to work through their weeklong break to "identify a way to get this done."

He commented Tuesday after meeting with NATO Secretary-General Jens Stoltenberg.