Six years after the sale of AB to inBev, the trial fascinates a company town, threatening to give more unwanted publicity to a family dynasty that's had its fair share. 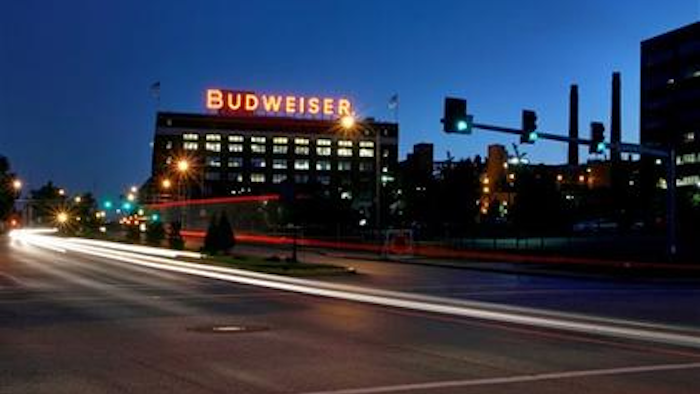 ST. LOUIS (AP) -- From male-only corporate jets to guys' golf outings and hunting trips, Francine Katz says her time in the Anheuser-Busch executive suite was rife with exclusion, intentional slights and outright discrimination. But it wasn't until the King of Beers' 2008 sale to Belgian brewer InBev in a hostile takeover that she says she realized the boy's club atmosphere was costing her millions in salary and bonuses.

In a 20-year career that saw her rise from a young corporate lawyer to a job as vice president, key strategist and the beer maker's top female executive, Katz became the public face of her hometown employer, defending the maker of Budweiser and Bud Light from overzealous regulators and anti-alcohol crusaders before Congress and on network TV news shows.

Now she's accusing Anheuser-Busch of sex discrimination, arguing in a 2009 lawsuit that went to trial this week that top male executives — including former CEOs August Busch III and his son, August Busch IV — purposely paid her less solely because she's a woman. Six years after the sale of AB to inBev, the trial fascinates a company town, threatening to give more unwanted publicity to a family dynasty that's had its fair share.

"This was a company run by men who were unaccustomed with working with women at high levels," Katz's attorney, Mary Anne Sedey, told the jury of seven women and five men in opening arguments of a trial expected to last several weeks.

The trial comes amid growing national attention to gender discrimination in the workplace. In March, the White House Council on Economic Advisers issued a report noting that on average full-time working women earn 77 cents for every dollar earned by their male counterparts. Critics of the report said that figure oversimplifies the situation, but even they concede that women with advanced degrees in fields such as medicine and law face a persistent wage gap as their careers advance.

Katz said August Busch III called her "ungrateful" after she brought her complaint about the salary disparity to him and other top company executives.

"Make no mistake about it. Francine Katz earned a lot of money at Anheuser-Busch," Sedey said. "But like so many women in this country, Francine Katz was significantly underpaid."

Her attorney said Katz deserves at least $9.4 million she was entitled to from 2002 to 2008, plus punitive damages. In 2008, her final year with the company, Katz reported more than $14 million in income on her federal tax returns, an amount that includes stock options she cashed in.

Lawyers for Anheuser-Busch counter that Katz's salary, benefits and bonuses compared favorably to those in similar positions at Coca-Cola, Proctor & Gamble and other large U.S. corporations. They suggested that her primary duty involved public relations, while Jacob had far more substantive responsibilities, including as August Busch III's trusted confidant.

"Francine Katz was paid based on her job, not her gender," said Anheuser-Busch attorney Jim Bennett. "There was a fair process used, a rigorous process used."

Liz Watson, a senior counsel at the National Women's Law Center who specializes in employment law, said the jury should not focus just on her admittedly sizable salary.

"Pay discrimination in any job is simply illegal and intolerable, no matter the level of compensation," she said.

Both August Busch III and his son and namesake, who led the company for two years before its sale, are expected to testify, perhaps as soon as Friday. Their presence is sure to draw close attention in St. Louis, where a bevy of buildings, from university lecture halls to the St. Louis Cardinals' stadium, bear the family name.

The elder Busch, 76, succeeded his father as CEO in 1975 at 38 in a coup initially resisted by August "Gussie" Busch Jr. August Busch III remained in charge for nearly three decades before his 2002 retirement and stayed on as chairman of its board of directors through 2006. Under his watch, the family business founded by German immigrants in 1876 became the country's largest brewer.

Colleagues and underlings said Busch ruled with an iron fist and a hair-trigger temper. Katz testified this week that Jacob told her Busch avoided discussing a contentious environmental issue with her because he was afraid Katz would cry.

August Busch IV, 49, was better known for his legal missteps and love of nightlife before his ascendancy to the boardroom. As a sophomore at the University of Arizona, Busch caused a 1983 car accident that led to the death of his 22-year-old passenger, waitress Michele Frederick. A seven-month police investigation of a possible involuntary manslaughter concluded without charges being filed.

In 2010, the great-great-grandson of company founder Adolphus Busch was again in the spotlight for the wrong reasons when his 27-year-old girlfriend died of an accidental drug overdose at his mansion. He later settled a wrongful-death lawsuit filed by Adrienne Martin's family for $1.75 million.

Katz testified that Busch and another company executive forced her to fly on a separate corporate plane when the group traveled to Columbus, Ohio, so Katz could meet with the state's attorney general while her boss convened with Ohio's governor. On other occasions, she was excluded from corporate golf tournaments and other social functions, she said.