China has changed its environment law for the first time in 25 years, instituting public oversight of companies and allowing for unlimited fines against persistent polluters. 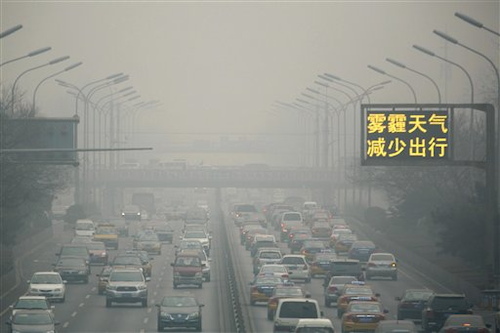 BEIJING (AP) -- China has changed its environment law for the first time in 25 years, instituting public oversight of companies and allowing for unlimited fines against persistent polluters, a response to the country's environmental challenges and demand from the public for action.

The amendments passed by China's legislature Thursday, which go into effect Jan. 1, took three years to come about and went through four readings and two rounds of public consultation.

They include a new chapter titled "Environmental Transparency and Public Participation," which requires local governments to publish blacklists of violators and companies that are major polluters to monitor their emissions, and to disclose this data to the public.

Before, low fines for polluting gave companies little incentive to carry out costly modifications to deal with pollutants. Now, if violators who are fined fail to rectify the problem, the fine can keep increasing to an unlimited amount. Executives in polluting companies could face up to 15 days of detention.

The amended law also allows registered nongovernmental organizations that have been dealing with environmental issues for at least five years to sue heavy polluters.