An explosion and fire at a Tennessee plant where ammunition is made has killed one person and left three others injured. 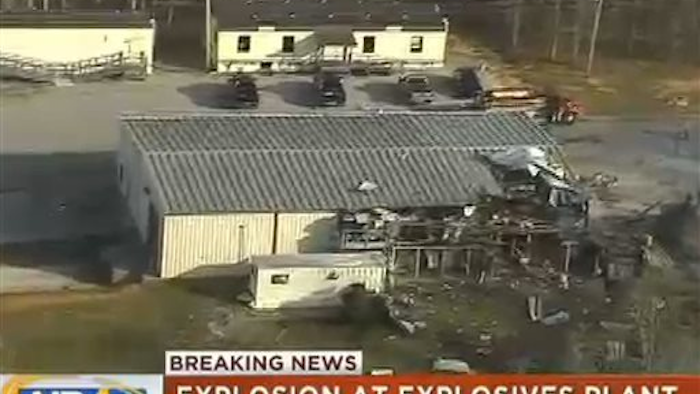 NASHVILLE, Tenn. (AP) -- An explosion and fire at a Tennessee plant where ammunition is made has killed one person and left three others injured.

Bureau of Alcohol, Tobacco, Firearms and Explosives spokesman Michael Knight says rescue workers were called Wednesday afternoon to a blast at the Rio Ammunition plant in McEwen, about 55 miles west of Nashville.

Odell Poyner, director of the Humphreys County Emergency Management Agency, said authorities received reports that about 20 employees were in the building at the time of the explosion, which blew out two of the walls and a large portion of the roof.

A call to Rio Ammunition on Thursday morning rang unanswered.

According to its website, Rio is assembles a wide range of hunting and target loads.