Chipmaker Intel announced Tuesday that it is eliminating 1,500 jobs from its assembly and test operation in Costa Rica, a blow to a country that has used Intel's presence to build a high-tech sector. 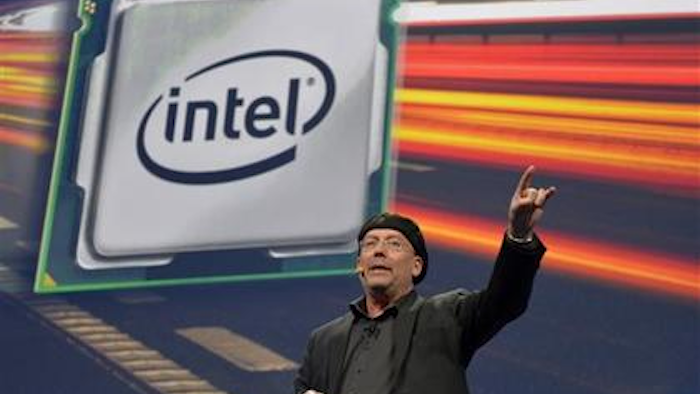 SAN JOSE, Costa Rica (AP) -- Chipmaker Intel announced Tuesday that it is eliminating 1,500 jobs from its assembly and test operation in Costa Rica, a blow to a country that has used Intel's presence to build a high-tech sector. More bad news hit hours later when a Bank of America subsidiary said it would lay off 1,400 employees in Costa Rica.

Intel, which has been struggling with the effect of weak personal computer sales worldwide, said that relocating its assembly and test operation to Asia is part of a strategy announced earlier this year by Intel to stress "geographic closeness between plants and main markets."

The California based corporation said in a news release it will keep employing more than 1,200 engineers, finance and human resources employees in the Central American country.

Anabel Gonzalez, Costa Rica's minister of foreign trade, said Intel's decision was unfortunate but that the country will continue to work on attracting high-tech companies.

"Intel helped Costa Rica position its name in the world of foreign direct investment and high technology," Gonzalez said. "Today, more than 15 years later, Costa Rica is a leader in different industries, and has become a highly competitive location for high-tech manufacturing, services and, more recently, research and development activities."

Hours after Intel's announcement, BA Continuum, a nonbank subsidiary of Bank of America, said it is shutting down a call center in Costa Rica that employs 1,400 people.

Gabriela Llobet, director of Costa Rica's Investment Promotion Agency, or CINDE said the company confirmed it will start laying off people over the next 12 months.

"We at CINDE weren't informed of that process by the company so, we were really astonished when we heard the news," Llobet said.