Guangdong province's emergency management department said the fire happened in the early afternoon in a town in Puning county and covered an area of 208 square meters (2,240 square feet). 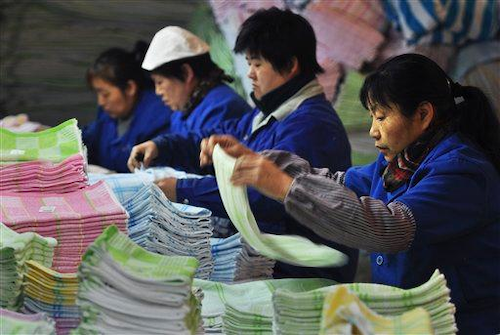 Guangdong province's emergency management department said the fire happened in the early afternoon in a town in Puning county and covered an area of 208 square meters (2,240 square feet).

The department said in a statement on its microblog that the cause was being investigated.

State media reported that 17 people had been rescued, 15 of whom were injured to varying degrees.

China suffers frequent industrial accidents. More than 120 people were killed in a poultry plant fire in the country's northeast in June. That fire was triggered by a short circuit, but investigators found the plant's safety exits were blocked, trapping workers inside.