Alaska To Build Coal Plant Without Regard For Regulations

Sen. Pete Kelly, R-Fairbanks, is sponsoring a resolution asking the governor to consider the feasibility and cost of building power plants on state land "without regard to federal permits or restrictions." 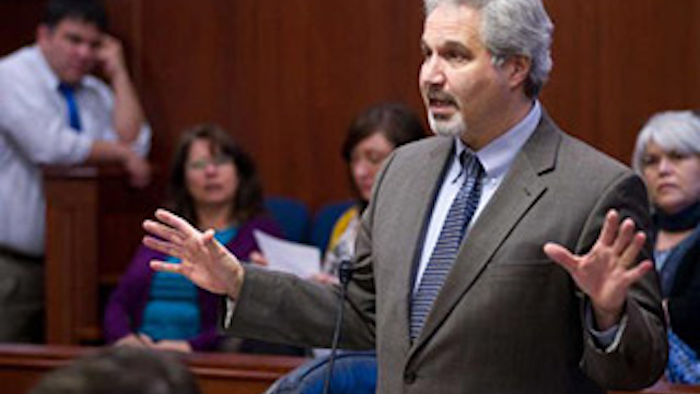 JUNEAU, Alaska (AP) — A Republican senator says Alaska should ignore federal regulations and plan to build a large-scale coal-powered plant to generate electricity in the event of an energy crisis.

Sen. Pete Kelly, R-Fairbanks, is sponsoring a resolution asking the governor to consider the feasibility and cost of building power plants on state land "without regard to federal permits or restrictions."

"There's going to come a time when a natural event, an economic event, a war, and we're going to wake up and read headlines, like we did on the morning of Sept. 11, 2001, and realize the world had changed. And when that happens, we're going to have another spike in electricity and energy costs that will stagger us," Kelly told the Senate Finance Committee last week.

The state should consider building a backup power source and coal is the cheapest and most readily available fuel supply, he said. Pollution restrictions could be overlooked in an emergency.

"The resolution was in response to the fact that the federal government has decided that they don't like coal, and we've got lots of it and we've got energy problems," he said.

Ideally, the state would build a large power plant at the mouth of a coal mine on state land and transmission cables, he said. The plant would be ready to replace oil or gas if an international crisis causes prices to spike.

Carly Wier, a former Alaska Center for the Environment employee, called the resolution "irresponsible and reckless" and said it wasted the state money on a polluting source of energy.

In her testimony, Lorali Simon, a spokeswoman for Usibelli Coal Mine, reminded lawmakers that coal is more affordable than even natural gas.