The maker of Nescafe, Perrier, Jenny Craig and Haagen Dazs is a major buyer of food commodities such as wheat, sugar, and milk and its results are a good indicator of the strength of consumer demand around the world. 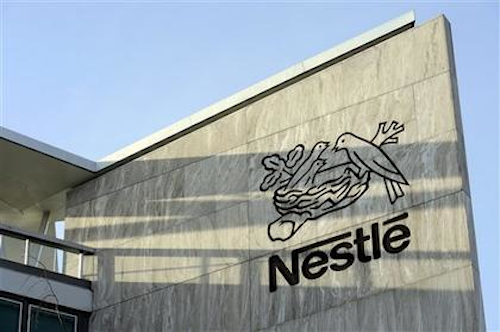 GENEVA (AP) -- Nestle, the world's biggest food and drinks maker, said Thursday it expects 2014 to be just as challenging as last year amid falling growth in emerging markets and weaker prices in Europe.

The maker of Nescafe, Perrier, Jenny Craig and Haagen Dazs is a major buyer of food commodities such as wheat, sugar, and milk and its results are a good indicator of the strength of consumer demand around the world.

Nestle, based in Vevey, Switzerland, said that after a weak 2013, it expects an improvement only in the second half of 2014. Organic sales, which do not reflect acquisitions and currency fluctuations, are expected to grow about 5 percent next year.

"The macro-environment in 2013 was one of soft growth, minimal in the developed world and below recent levels in the emerging markets," CEO Paul Bulcke said. "Last year was challenging and 2014 will likely be the same."

He said this year would likely again see improvement "weighted to the second half." Nestle, like other food companies, is facing slowing demand in emerging markets and in Europe, where many customers are adjusting to government austerity measures.

In 2013, Nestle's overall sales grew by 2.7 percent to 92.2 billion francs, kept back by the impact of shifting foreign exchange rates. It said organic sales growth was 4.6 percent.

Nestle's aim every year for 5-6 percent organic growth and improvements in its trading operating profit margin, underlying earnings per share and capital efficiency.