Statewide vote totals released Monday show an Oregon ballot measure that would require labeling of genetically modified foods was losing by a mere 809 votes and will go to an automatic recount. Results from all 36 counties three weeks after Election Day showed Measure 92 was defeated by a margin... 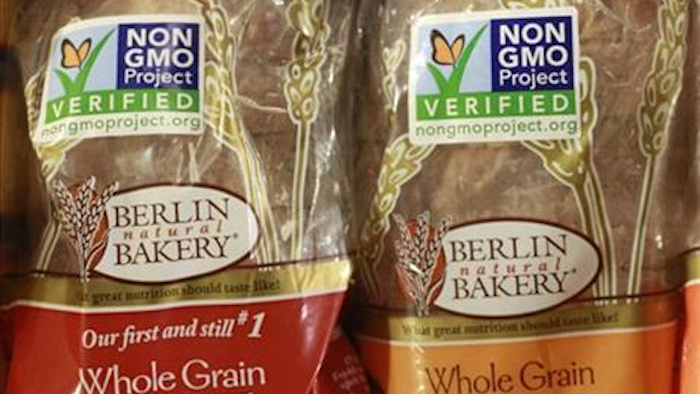 Statewide vote totals released Monday show an Oregon ballot measure that would require labeling of genetically modified foods was losing by a mere 809 votes and will go to an automatic recount.

Results from all 36 counties three weeks after Election Day showed Measure 92 was defeated by a margin of only 0.06 percentage point, well under the 0.2 percent threshold for a recount.

A hand tally of ballots is likely to begin the first week in December after Secretary of State Kate Brown certifies the election results, formally triggering the recount.

Oregon is the fourth state in the West to reject a labeling requirement for genetically modified foods, but it was the closest tally yet.

"Regardless of what the final outcome of this race is, this is a very encouraging sign for those of us who support labeling of genetically engineered foods," said Sandeep Kaushik, a spokesman for the campaign promoting the measure.

Machine counts are subject to a small margin of error, Kaushik said, and with such a razor-thin vote difference, "there is a plausible possibility that the outcome of this race will change."

Still, the odds are against the proponents. In 22 statewide recounts around the U.S. since 2000, the average shift was only 0.03 percentage point, according to FairVote, a Maryland-based advocacy group. Five of them produced a shift that would be large enough to alter the outcome of Oregon's measure.

At nearly $30 million, the battle over Measure 92 was by far the costliest campaign in Oregon history.

Officials with the campaign opposing the measure did not immediately respond to a request for comment.

"We are confident that Measure 92 has been defeated, and that will be the case even if there happens to be a recount," Dana Bieber, a spokeswoman for the No on 92 Coalition, said last week.

The day after the election, as early returns showed the measure was losing, The Associated Press and other news organizations called the measure narrowly defeated. But the margin continued to narrow even further as late-counted ballots trended heavily in favor. After the campaign, the measure's proponents worked aggressively to ensure that that their supporters corrected problems that prevented their ballots from being counted.

Oregon conducts elections entirely by mail. Elections officials verify ballots by matching a signature on the envelope to the one on file with a voter's registration card.

In every election, thousands of ballots end up not being counted, usually because of problems with the signature. Some voters forget to sign, or their signature evolves over time so it doesn't match the one on file. In the past, county elections officials have sent letters to affected voters informing them that their ballot wasn't counted but they could visit the elections office in person to correct the deficiency.

Starting this year, the list of "challenged ballots" was released publicly, allowing the campaigns to nudge voters to take action if they believe they might be supporters.

The labeling proponents aggressively used the list to make sure voters they believed were likely supportive had their votes counted.

Oregon's last statewide recount followed the May 2008 election, for a ballot measure that gave law enforcement agencies stronger powers of civil forfeiture. It passed by 681 votes.