EPA: Coal Plants Should Spend $2B To Cut Emissions

Federal regulators are proposing that the largest coal-powered plants in Texas invest $2 billion in new technology to reduce sulfur dioxide emissions, a measure energy companies are likely to resist. The plan released Monday would require that 15 units at eight... 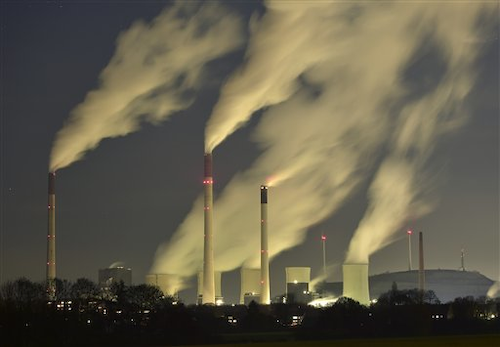 Federal regulators are proposing that the largest coal-powered plants in Texas invest $2 billion in new technology to reduce sulfur dioxide emissions, a measure energy companies are likely to resist.

The plan released Monday would require that 15 units at eight coal-fired plants be retrofitted with controls to help clear the air near national parks and other federally protected land in Texas and Oklahoma.

The U.S. Environmental Protection Agency says the proposal would cut about 230,000 tons of sulfur dioxide emissions each year.

Brad Watson, spokesman for Luminant, the largest power generator in Texas, says the company is "reviewing and analyzing" the effect the 260-page ruling would have on its plants.

The EPA will issue a final rule next year following a 60-day comment period.