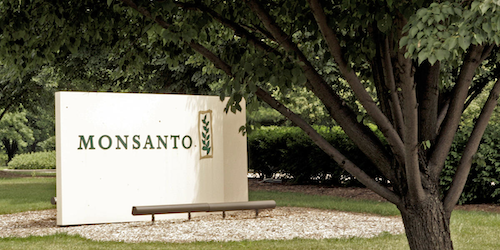 The lawsuit filed by Monsanto Co. and a Dow Chemical Co. unit in federal court in Honolulu asks a judge to immediately prevent the law from taking effect. It also seeks to invalidate the new law, which voters narrowly adopted during last week's election after an intense campaign featuring $8 million in spending by the seed companies against the initiative.

Both companies research and develop new varieties of corn in the county. Hawaii's warm weather enables the seed companies to grow more crop cycles each year, accelerating their research. Conducting the work in a U.S. state also helps the seed companies protect their intellectual property.

The lawsuit said Monsanto would have to substantially downsize its activity in the county, where it employs over 365 people and owns or leases more than 3,000 acres of farmland on Molokai and Maui islands. Mycogen Seeds, a unit of Dow AgroSciences, would shut down critical parts of its development and production operations in the county, and downsize its work force, the complaint said. Mycogen Seeds employs over 100 people and farms about 420 acres on Molokai.

"This local referendum interferes with and conflicts with long-established state and federal laws that support both the safety and lawful cultivation of GMO plants," John Purcell, Monsanto Hawaii's business and technology lead, said in a statement.

The Maui law imposes a moratorium on the growing of genetically engineered crops until scientific studies are conducted on their safety and benefits. The moratorium would be lifted only after a vote by the Maui County Council.

The law, which doesn't apply to crops in mid-growth cycle, goes into effect when officials certify the election results. That's expected to happen late this month.

The case has been assigned to Magistrate Judge Barry Kurren, who earlier this year declared a Kauai County law regulating genetically modified crops was invalid because it was superseded by state law. The case is currently before a federal appeals court.

The Maui initiative's authors sued the county in state court Wednesday to ensure the county implements the law.

Michael Carroll, their attorney, said they would request the federal court to hold off from deciding this case until the state court on Maui has ruled.

"A Maui Court is best equipped to decide any issues associated with the enforceability of the new GMO law," Carroll said in a statement.

Maui County spokesman Rod Antone said the county was unable to comment because of pending litigation.

About 90 percent of all corn grown in the U.S. is genetically engineered and has been developed partially at Hawaii farms.

Thursday's lawsuit said "a significant percentage of the corn seed planted in the U.S. have originated from Monsanto's facilities in the county."