A new mapping tool unveiled Monday and developed by the University of Nebraska and other project partners could help boost global crop production while conserving land and water. The Global Yield Gap Atlas allows farmers, governments, and businesses to estimate the "gap" between potential... 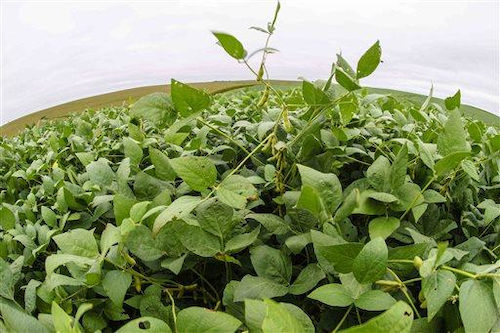 A new mapping tool unveiled Monday and developed by the University of Nebraska and other project partners could help boost global crop production while conserving land and water.

The Global Yield Gap Atlas allows farmers, governments, and businesses to estimate the "gap" between potential and actual crop yields based on plant, soil, and climate data in a specific area, said Roberto Lenton, founder and director of the university's Robert B. Daugherty Water for Food Institute. Creators of the atlas say the technology could help farmers produce enough food to support more than 9 billion people by 2050 while conserving water and other natural resources.

Farmers still would have to diagnose the problem and find a solution themselves but "knowing the gap is a hugely important step forward," Lenton said, adding that the data could benefit small farms in poor counties as well as larger farming operations.

The public got its first look at the atlas at the sixth annual Global Water for Food Conference, which is being held through Wednesday in Seattle and draws experts from around the world to discuss how technology can ensure a global water supply for growing food. This year marks the first time the conference is being held outside of Lincoln.

Researchers at the conference are discussing how to best use the technology to boost yields and conserve the land for long-term use. Lenton said despite a fast-growing world population, water for food production is declining as users compete for the available supply. Farmers who previously used too much water will have to adapt, he said.

"We have to be much more careful, much more precise, in the amount of water we use," Lenton told The Associated Press in a phone interview. "And we want to make sure agriculture doesn't take so much water that it pulls it away from other important needs."

He said new computer systems in agricultural machinery now let farmers determine the precise amount of water needed to grow crops on their land efficiently and minimize waste. The data provide details on such factors as temperature, humidity, rainfall, and soil moisture on specific sections of land.

Sub-Saharan Africa has the world's largest gap in farm yields, ranging from 70 percent to 90 percent below their potential, according to the atlas.

The atlas technology is being made available to the public so that it can be used throughout the world, said Jeff Raikes, a former CEO of the Bill and Melinda Gates Foundation, which helped finance the project.

"There are opportunities to leverage those technologies for the broader good," said Raikes, co-founder of the Raikes Foundation.

Nebraska officials also signed a formal agreement Monday with the International Water Management Institute, which has identified nearly 300 areas with substantial yield gaps. Many are based in Asia and Africa, said Jeremy Bird, director of the Sri Lanka-based institute.

Bird said his group will join forces with the university's Water for Food Institute to build awareness of the new technology in developing nations.

The Wageningen University and Research center in the Netherlands also is a partner in the project.