A Briton and an American charged with illegally trading in the personal details of Chinese nationals testified Friday that they bought such information to help companies combat fraud. 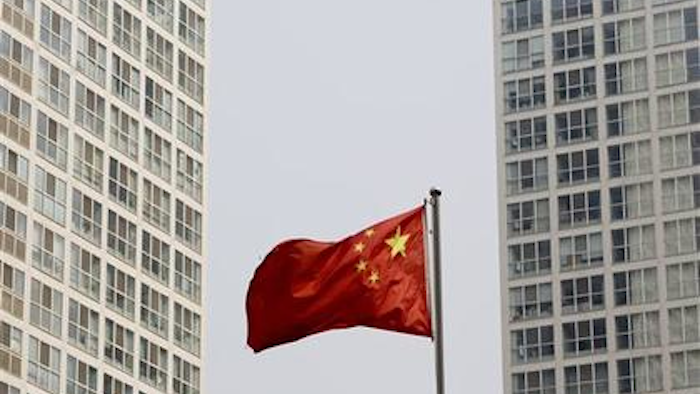 SHANGHAI (AP) -- A Briton and an American charged with illegally trading in the personal details of Chinese nationals testified Friday that they bought such information to help companies combat fraud.

Peter Humphrey and Yingzeng Yu, a married couple, operated a firm in Shanghai that helped companies screen potential business partners and employees. Their arrest last August sent a chill through foreign businesses. It came as Beijing tightened controls over information and prompted warnings that investigation of legitimate matters might be curtailed.

On Friday, Yu said 90 to 95 percent of the data they obtained came from household registrations that list family members and their birth dates, according to a trial transcript released by the Shanghai No. 1 Intermediate Court.

"The purpose of our obtaining individual information was to help prevent and fight corporate internal corruption," Yu said.

Such information can make clear who controls a company or reveal family ties that might lead to conflicts of interest in a secretive Chinese business world dominated by behind-the-scenes connections. But the ability of investigators to reveal such links might alarm political leaders who want to hide wealth amassed by their family and business figures who profit from ties to the ruling Communist Party.

In 2012, communist leaders were embarrassed by news reports that disclosed details of the family wealth of Xi Jinping, the new ruling party leader, and Wen Jiabao, who was premier at that time.

Humphrey and Yu worked under contract for British pharmaceutical giant GlaxoSmithKline, which is accused in a separate case of bribing Chinese doctors and hospitals to use its products. Authorities have not indicated whether the two cases are linked.

The couple's 19-year-old son, Harvey, who attended the trial, criticized GSK, which he said made trouble for his parents by hiring them for an investigation that "trod on several powerful toes."

"The root of the problem really from where I'm sitting is the way GSK behaved in this matter," Harvey Humphrey told London-based broadcaster Sky News.

GSK said earlier it hired the couple to investigate a security breach but not the bribery allegations.

In July, Humphrey said on state television that he felt "betrayed and used" by Glaxo. He said he found out during his investigation that the bribery claims were true and said he would not have carried out the probe if he had known about them earlier.

Humphrey and Yu's firm, ChinaWhys Ltd., said on its website it specialized in "discreet risk mitigation solutions" and investigations "walking multinationals through the labyrinth of opportunity, risk and unfamiliar cultural environment."

If convicted of violating the Chinese law against selling or improperly providing personal information, the couple could face up to three years in prison and fines.

At the time of their Aug. 16 arrest last year, Shanghai police said they were investigating 126 people on suspicion of improperly gathering personal information and had detained 35. Few details of the other cases have been released.

Beijing began tightening control over corporate information in early 2012 after Chinese companies were hit by disclosures about possible financial misconduct.

Possibly in response to that, regulations issued in February 2012 prohibit government agencies from disclosing financial or commercial information about a company without its permission.

That made it harder for companies to investigate potential partners or acquisition targets to find liabilities or conflicts of interest. Known as "due diligence," it is a common practice in other countries.

On Friday, Humphrey said he purchased information from three Chinese investigators who obtained it from law firms and other sources, according to the trial transcript.

Humphrey and Yu objected to suggestions they were spying. Humphrey complained Chinese authorities had translated his use of the word "monitoring" in a report as spying. Yu said 95 percent of their work was done on the Internet. Humphreys said other information came from talking to clients' employees.

Yu said that since 2011, the firm had significantly reduced the amount of personal information it gathered.

"You mention stalking and spying. But that happened very rarely," said Yu. "Normally we would hire a third party to do it."

Yu went to the United States in 1981 at age 28 and later became an American citizen.

Humphrey, a former reporter for the Reuters news agency, has worked as an investigator for the past 14 years in Asia, to his company's website.

It said Yu has worked for or advised companies in the United States, Hong Kong and China over a 25-year business career.