Africa’s economic expansion was largely driven by commodities over the last decade. But today, satisfying demand involves more than just pulling ore and minerals from the ground faster. Companies like South Africa’s platinum producer Lonmin are ... 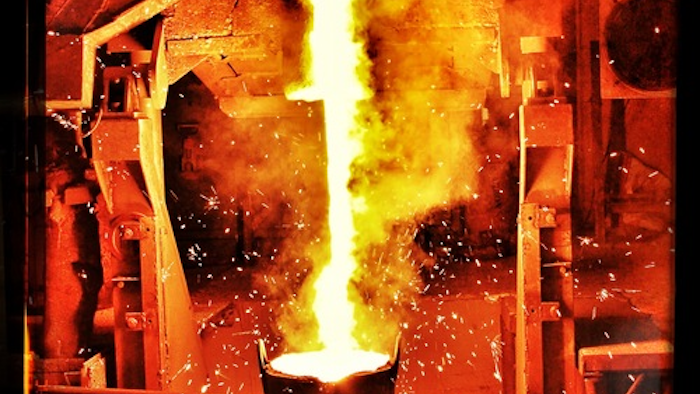 Africa’s economic expansion was largely driven by commodities over the last decade. But today, satisfying demand involves more than just pulling ore and minerals from the ground faster. Companies like South Africa’s platinum producer Lonmin are embracing the Industrial Internet and Big Data to go smarter about their jobs.

In 2007, when platinum prices hit an all-time high, Lonmin wanted to maximize its smelter’s production and efficiency and open bottlenecks. But workers and machines were struggling to keep up. Delays in the filtering and drying of the raw material going into the smelting furnaces, for example, led to process interruptions, which increased equipment wear and tear.

The slag plant, which concentrated and recycled the material coming out of the furnaces on the other end of the process, also experienced frequent spillages that wasted precious production time.

Many managers in this situation would start thinking about spending capital on new equipment. But Lomnin invested in software, hoping that better information and understanding of what’s happening at the mill would lead to improvement.

Lonmin brought in GE’s Mine Performance system built around its Predix industrial software platform. The company first used the system to monitor and evaluate the filtering and drying process. The gathered data allowed Lonmin to increase throughput in the section that feeds the furnaces with raw material by 10 percent.

The results were so good that Lonmin decided to apply Mine Performance to the slag plant. Today, spillages have been eliminated and platinum recovery from slag is up by 1.5 percent. Although other factors were also involved, the process optimization software played a major role.

Finally, the smelter used the system to bring high sulfur dioxide emissions into allowable range, and to better manage equipment maintenance and reduce downtime. A new software monitoring tool flags inefficiencies and helps the team apply resources where they are most needed. “Once Mine Performance is running and the people are used to it, it’s very difficult to manage without it,” says Percy French, the smelter’s automation manager. He says that without the system, “we would incur additional cost for inefficiencies and we would definitely have equipment damage due to our inability to control the process in the same way as an analytically driven system.”

Lonmin is an important model for Africa’s future. Although the base of Africa’s economic growth has become broader in recent years, the continent still depends heavily on commodities to drive its booming trade with the world and especially China.

Before manufacturing picks ups, companies like Lonmin will have to power Africa’s growth. Embracing the latest technologies is a smart way to lead.