China's State Administration for Industry and Commerce descended on Microsoft offices in Shanghai, Beijing, Guangzhou and Chengdu, questioning employees about the company's business practices in a move that the South China Morning Post described as a "raid." 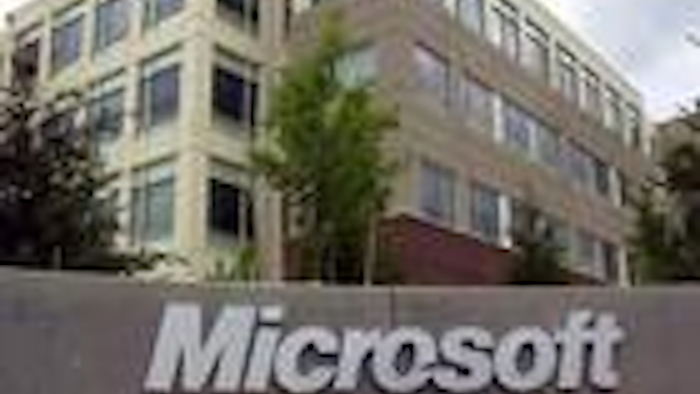 China's State Administration for Industry and Commerce descended on Microsoft offices in Shanghai, Beijing, Guangzhou and Chengdu, questioning employees about the company's business practices in a move that the South China Morning Post described as a "raid."

Microsoft seemed to confirm the report in a statement to Kyodo News.

"We aim to build products that deliver the features, security and reliability customers expect, and we're happy to answer the government's questions," the company said.

Neither Microsoft nor the Chinese government has provided any reasons for the raid.

The move follows media reports last week that Beijing has declared U.S. chipmaker Qualcomm Inc. -- a major supplier of processors to the Chinese smartphone industry -- a monopoly, following a months-long investigation that began in February.

The Microsoft inquiry is the latest in a series of moves by Beijing seemingly aimed at undermining U.S. IT brands' dominance in the country.

Beijing has long complained about China's dependence on foreign technology, but stepped up actions against American brands last May after the U.S. Justice Department charged five Chinese military officers with electronic espionage.

Shortly after the indictments, China announced it would ban Microsoft's Windows 8 operating system from government computers, while it has reportedly pressured Chinese banks to stop using high-end servers made by IBM Corp. and replace them with a local brand.

Chinese state-run media has also gone on the attack, claiming that tech companies like Apple Inc. and Cisco Systems Inc. pose a hazard to national security.

In part, the moves reflect concern about revelations by American whistleblower Edward Snowden that the U.S. National Security Agency has used American-made IT products, including bugged network servers, to spy on China.