One of President Barack Obama's top advisers says the White House takes seriously the possibility that House Republicans could pursue impeachment of the president. 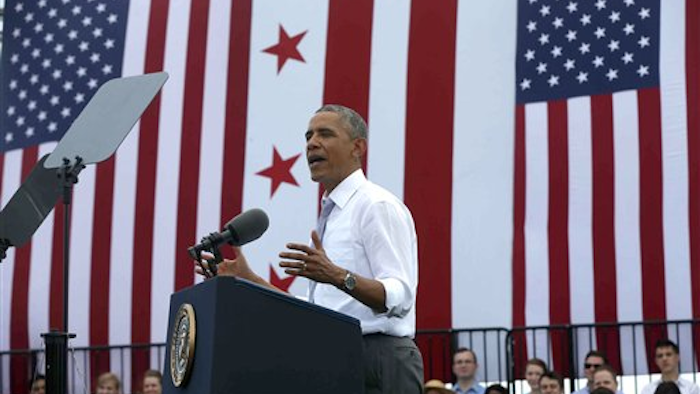 WASHINGTON (AP) -- One of President Barack Obama's top advisers says the White House takes seriously the possibility that House Republicans could pursue impeachment of the president.

Senior White House adviser Dan Pfeiffer told reporters Friday that the GOP has already "opened the door for impeachment" by contemplating suing the president over his use of executive authority. He says that any further executive action Obama may sign this year on immigration will "up the likelihood" of Republicans pursuing that path.

Pfeiffer was dismissive about how good a case Republicans could make to come up with impeachable offenses. But he says it would be foolish to discount the possibility that Republicans would at least consider pursuing impeachment.