Perry's Tech Startup Fund Is Not All It Seems

One actually operates in California. Some have stagnated trying to find more capital. Others have listed out-of-state employees and short-term hires as being among the jobs they created. A few have forfeited their right to do business in Texas by not filing tax reports. 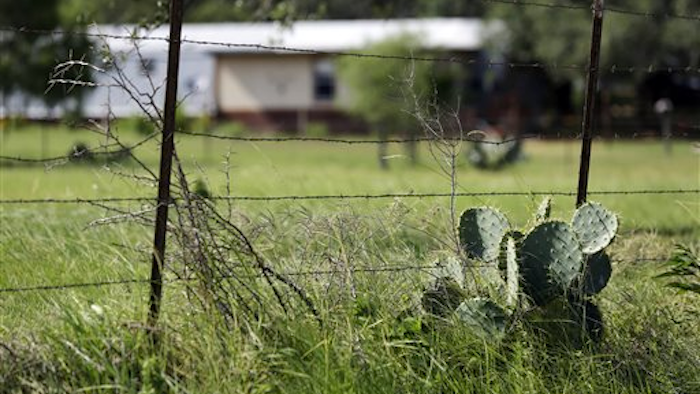 But a closer look at the Texas Emerging Technology Fund, one of Perry's signature initiatives in his 14 years as governor, reveals that some of the businesses that received money are not all they seem. One actually operates in California. Some have stagnated trying to find more capital. Others have listed out-of-state employees and short-term hires as being among the jobs they created.

A few have forfeited their right to do business in Texas by not filing tax reports.

An Associated Press review of the program found that some of the same companies credited with creating a share of the program's 1,600 new jobs have actually stalled and in some cases blamed Perry's office for their struggles.

Perry, the longest-serving governor in Texas history and a possible 2016 presidential candidate, has for several years travelled the country extolling the strength of the Texas economy and bragging about his efforts to bring new investment to the state, including the tech fund. On Thursday, he awarded $6 million from a similar incentive program to Charles Schwab Corp., with the expectation of creating 1,200 jobs.

His office insists that it conducts regular compliance checks of the tech fund and defended the accuracy of annual reports given to Texas lawmakers, saying fluctuating business activity and employment numbers are the nature of startups.

"Because these are Texas taxpayer dollars, our office takes very seriously the need to ensure they are being used as efficiently and effectively as possible," Perry spokeswoman Lucy Nashed said.

The tech fund works like this: In exchange for money, startups give the state an equity position in their businesses. If the companies are successful, the state recoups its investment or even makes a profit. If they go bankrupt or shut down — and at least 16 have so far — the dollars are lost.

Those failures represent only a fraction of the fund's full portfolio of more than 130 companies, some of which are clearly thriving. Venture capital funds are risky by nature and often endure losses. About 1 in 4 venture-backed startups fail, according to industry groups. Some studies put the rate of flops much higher.

But questionable job-creation figures and undisclosed business struggles in the fund's annual report heap fresh doubts about transparency onto the fund, which has long been criticized as too opaque, including in a scathing 2011 report by state auditors.

Julia Sass Rubin, a venture capital expert who studies economic development at Rutgers University, said the lack of transparency runs counter to the private sector, where investors get more detailed information about performance.

"If this were a traditional venture capital fund, this would never fly," Rubin said.

Targazyme Inc. is one example of a problematic startup. On paper, the San Antonio-based startup is developing stem-cell breakthroughs with 14 employees and the help of $1.25 million in state funds. But the rural address listed for its Texas headquarters is actually a weedy horse pasture. During a recent visit by a reporter, the ex-husband of the CEO was warning his guest to watch for rattlesnakes.

Targazyme founder Lynnet Koh said her company is moving forward but that she left Texas because Perry's office withheld additional funding, a complaint echoed by other recipients. She now lives in California and said many of the jobs created by the company were short-term hires outside Texas, none of which is mentioned in the fund's 2013 annual report.

"If you ask me on a scale of 1-to-10 satisfaction with the state, I give it a zero," Koh said. "Never, ever. Not for any money in the world would I do business with ETF."

Nashed said Perry's office began working with Targazyme after learning how much business it was doing outside Texas. She said a final resolution will be disclosed in the next annual report.

Houston-based Cormedics Corp. received $750,000 and was credited with creating four jobs last year, including that of founder Jim Meador, who told AP that he's not even paying himself right now. His medical device startup has struggled to attract more outside investment. Meador said he spent most of last year doing consulting work in California, where he also tried recruiting new investors.

"I've got to go out and do consulting and do whatever I need to do to bring money through the door so I don't waste away and die," said Meador, who defended the tech fund as rigid in its oversight.

The fund is not without successes. ZS Pharma, which received $2 million from the state in 2010, raised nearly $107 million in an initial public offering last month. Buoyed by that type of home run, Perry's office in February appraised the fund's value at $221 million — about $30 million more than taxpayers have invested.

It was a sharp uptick from the previous appraisal in 2012, when Perry's office faced questions about whether the fund was even breaking even. Using government accounting standards, the fund is currently valued at $175 million, but Nashed said the governor's office uses private sector guidelines because it believed "a valuation method commonly used by the industry was most appropriate." The appraised values of each company in the portfolio are not made public.

Three companies that had received a combined $2 million in state funds had their right to transact business in Texas forfeited last year for failure to submit required tax filings, according to the state comptroller's office.

One of the startups, Merkatum Corp., had not filed since 2012 but submitted new documents July 14, days after the AP asked Perry's office about the company's status. Merkatum President Jose Luque did not return phone messages seeking comment.

With Perry not seeking re-election next year, a new wave of Republican leaders in Texas have shown unease with his economic-development programs that give taxpayer dollars to private companies. That raises the possibility that the funds may not outlive his tenure.

On Wednesday, a new legislative committee tasked with reviewing those programs listened to business groups, which acknowledged the criticism but also insisted that the programs work as advertised.

The governor and the Legislature have built "an engine of growth through innovation," reads the most recent technology fund report published in February. The fund "is an integral component for the ongoing development of Texas' economy."