Gold coins being stamped at the mint's West Point plant this week portray JFK's famously tousled head of hair a bit fluffier, his part is less severe and his cheeks less chiseled than on the half dollar discontinued in 2001.

The slain president's profile debuted on the half dollar 50 years ago, and the image was subtly tweaked and sharpened in the 1990s. Now the U.S. Mint is producing collectors' coins that restore the original 1964 design, which incorporated suggestions from a grieving Jacqueline Kennedy.

Gold coins being stamped at the mint's West Point plant this week portray JFK's famously tousled head of hair a bit fluffier, his part is less severe and his cheeks less chiseled than on the half dollar discontinued in 2001. The throwback design being featured on the coins this year is truer to both the president's appearance and his widow's wishes, mint officials say.

"We felt we got away from the original," said West Point plant manager Ellen McCullom. "This really does look a lot more like him ... one of the things that struck me was even the little differences in the nose, and in the face and the lines around the eyes."

Kennedy replaced Benjamin Franklin on the half dollar in early 1964, months after the president was assassinated on Nov. 22, 1963. Mint officials had begun discussing a Kennedy coin shortly after his death and were able to show his widow and brother Robert Kennedy trial strikes of the coin within a month after the assassination.

In the 1990s, improved technology allowed for tweaks in the design to show more detail — sort of the engraver's version of a high-definition broadcast. Not only did JFK's part become pronounced, but the strands of his hair became more defined, a characteristic collectors sometimes refer to as "spaghetti hair." His cheeks became more angular, too.

The mint stopped making the Kennedy half dollar for general circulation in 2001, but it has continued on as a collectible coin.

The evolution of JFK's profile in coinage was noticed last year by San Francisco mint employee Michael Levin, who convinced higher-ups that the original design was fuller and more lifelike. That led to the old profile making a comeback on three products from the mint this year. The coin's "tail" side, a presidential coat of arms, is unchanged.

The gold proof coins being made at West Point with three-quarter ounces of 24-karat gold will begin going on sale Aug. 5 at the World's Fair of Money in Rosemont, Illinois. That coin will be dated 1964-2014 and its price will be around $1,300, depending on the market price of gold.

For those with fewer spare dollars to buy coins, the mint on Thursday will begin offering for $9.95 a set of two uncirculated quality coins from its facilities in Philadelphia and Denver.

A 50th Anniversary Kennedy half dollar silver-coin collection with coins with different finishes from each of the mint's production facilities will go on sale in the fall.

By spotlighting a popular president and the work of an engraver esteemed in the coin world, the mint is guaranteeing interest in the anniversary products, said Douglas Mudd, curator and director of the Money Museum in Colorado Springs, Colorado.

"They're going with a win-win situation: popular engraver, very popular person, a lot of nostalgia associated with Kennedy," Mudd said. "You don't want to change that." 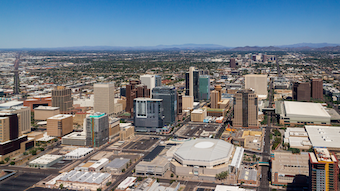 Phoenix was always scorching, but climate change has made it even hotter.
Dec 7th, 2021 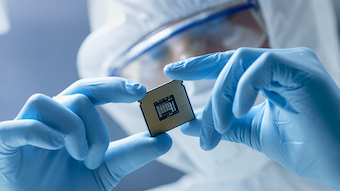 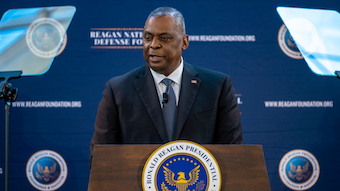